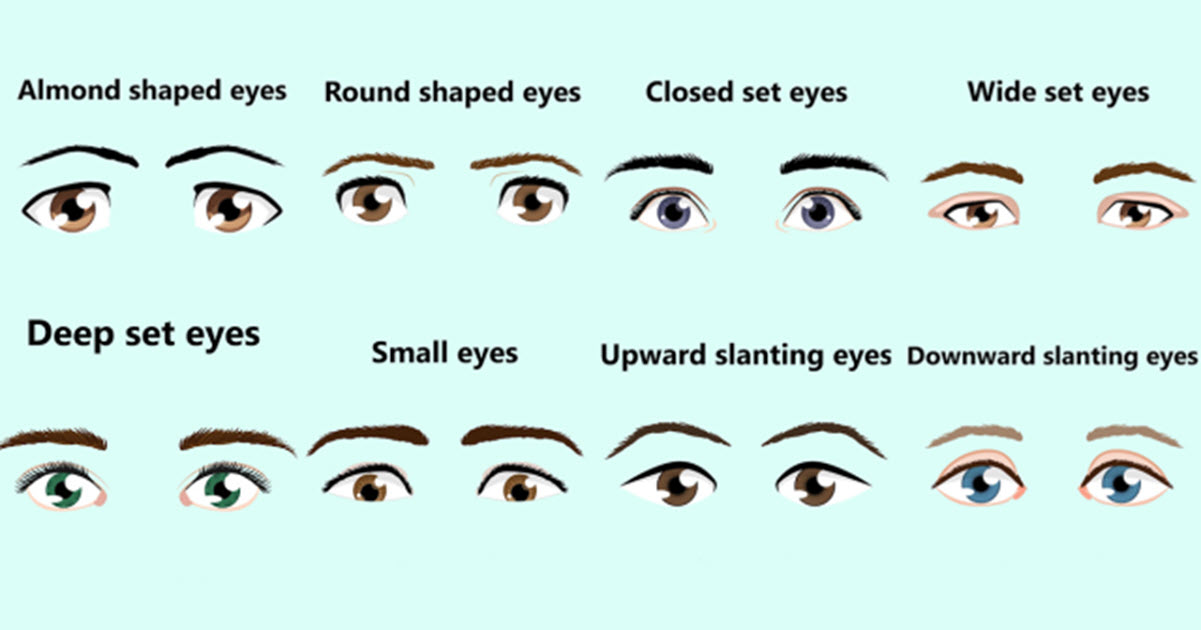 Do you like taking personality tests? I never took one before I met my wife because I guess I wasn’t that interested in learning more about why I do the things I do. However, because my wife enjoys them, I took some with her and found to my surprise that they’re actually a lot of fun. That’s what happens when you try to be open-minded. Your eyes can be opened to new things. This brings us to this personality test. We have done several extensive personality tests, but the simple ones like the one in this article are just as fun to me. Do you believe the shape and set of your eyes reveal your personality? Scroll on down to see.

If you have eyes shaped like almonds, you know how to manage your desires and urges. You’re a self-disciplined person who has emotional control. You’re also very sensitive.

People with round eyes are dramatic at times, but they’re also creative and charming. These people tend to speak their minds freely, and that’s a good thing.

People with closed-set eyes like to have in-depth knowledge. They are also intolerant of things like heavy traffic and temperature changes, and they may get angry more easily.

If your eyes are wide-set, the distance between the eyes is more than with other people. These individuals tolerate temperature changes and other issues like bad traffic much better than some of the other personality types. Also, these are deep-thinking people.

People with deep-set eyes tend to be observant, progressive, and intense people. If you have deep-set eyes, you probably love creative work like writing and things like that. You also have good observational skills and make good conclusions.

If you have small eyes, you’re a detail-oriented person. You also may be a perfectionist. You really pay attention to things and are a skilled individual with a sharp mind.

When someone’s eyes slat upward from the outer corners, they are usually curious people who are also very optimistic and determined.

From people who have eyes that slant downwards, you can expect them to be more prone to being easily discouraged and pessimistic. However, they are very romantic people.