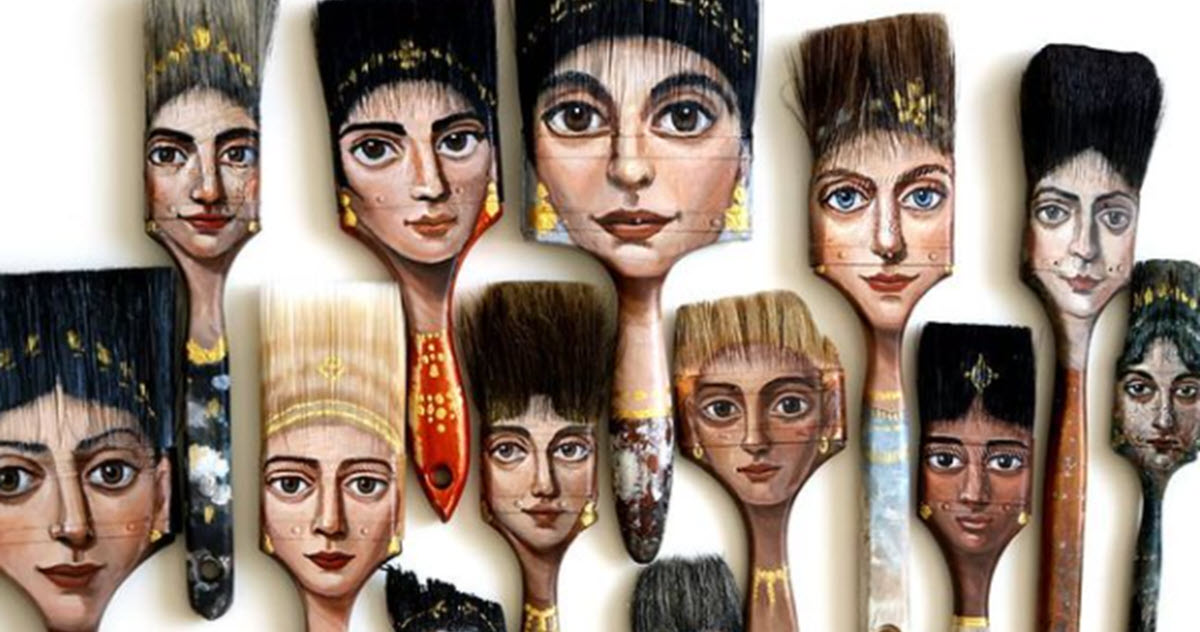 When it comes to canvases to paint her art on, Los Angeles artist Alexandra Dillon likes to keep things simple. Indeed, the artist has a flair for the theatrical and even employs European painting traditions. Whether it’s copying styles from Roman-Egyptian mummy paintings to Baroque portraiture, Dillon likes to keep things interesting. Dillon enjoys painting portraits on a variety of objects, including old worn-out paintbrushes, axes, and more. She says that for these small paintings, her characters come to her in the same way a novelist’s characters come to them. In short, she says they just show up and introduce themselves to her.

Most of Dillon’s portraits are of women and they engage the viewers with their gazes, which are quite penetrating. Specifically, Dillon likes to engage the viewers and challenge the notion of feminine self-effacement. Her characters are completely feminine, but at the same time, radiantly self-possessed. However, when Dillon paints men, they are also very self-possessed and confident. When you see them all as a group, it’s particularly arresting. Also, Dillon enjoys exploring the relationship between clothing and the person wearing the clothing. In one series, for example, the women are imagined as extras on old film sets. 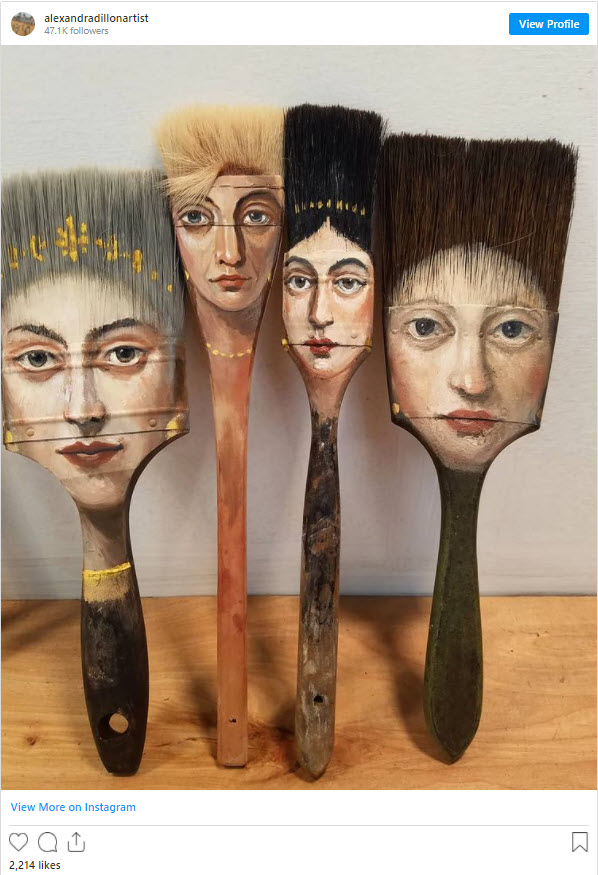 Specifically, Dillon wanted to portray the ladies as the stars who never made it but got to wear a costume for a brief amount of time. When faces are painted onto old tools like locks, axes, and cleavers, it creates interesting juxtapositions that give new readings to the idea of femininity. For example, a woman’s eyes painted on an old ax or a woman’s soft Baroque face on a saw blade is very interesting. 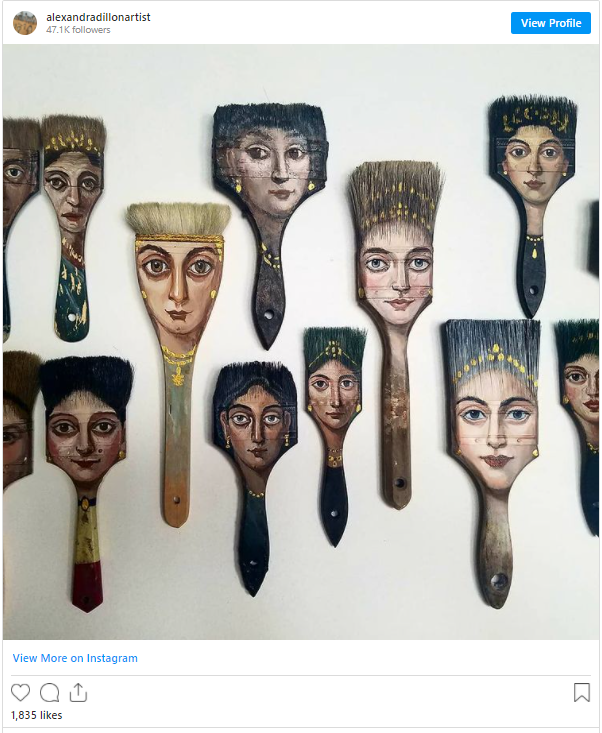 Dillon is a native of Los Angeles and received a degree from UCLA in filmmaking. You can check out the artist at her website or on Instagram.