There is something interesting that happens when many people do laundry. It happens on an ongoing basis and in some families, it is more than a mystery, it is a family joke. I’m talking about the lost sock, and many of us have a little basket sitting somewhere that contains many socks without a mate. We lose them so often that sometimes, we just give up hope and use the spare socks for something else.

Sometimes the washing machine breaks down and we need to call for a repair service. For the Hinz household, it was the husband who was getting ready to fix the broken washing machine. Cathy Hinz had told him about the problem she was experiencing but when he started dismantling the machine, he discovered something that nobody was expecting. After it was shared online, it has the entire Internet scratching their head and wondering over the possibilities. 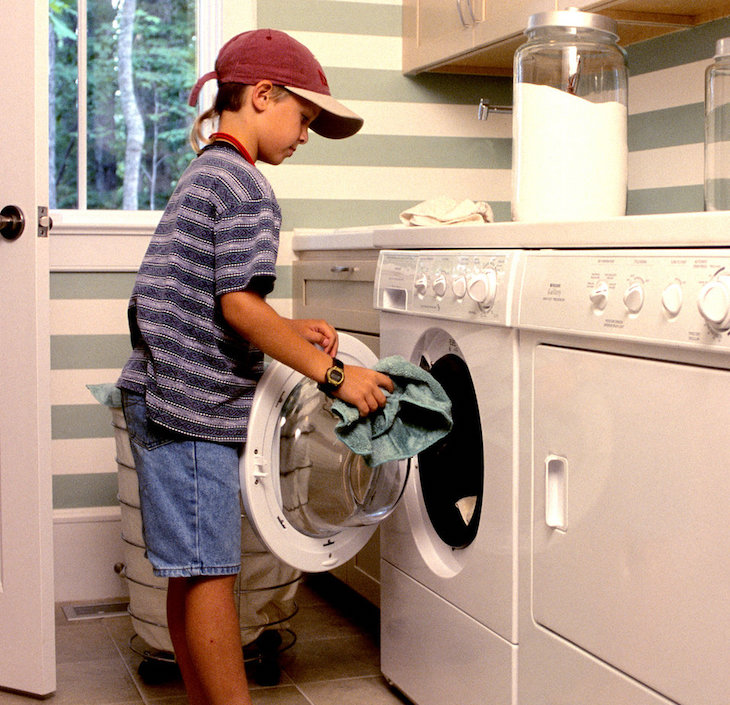 Cathy and her husband are managers of a manufactured home park in California. They’re used to taking care of maintenance problems but this is a washing machine that was just going crazy. It didn’t matter what they did, it just kept breaking down.

Her husband was called out to service the same washing machine yet again and decided to open up the drainage compartment. He really wanted to see what could be happening.

Cathy describes what happened next:

“Today, my husband got tired of fooling with one of the washing machines that was just not working properly and decided to take it apart, starting with the bottom panel. To his shock, this is what he found… 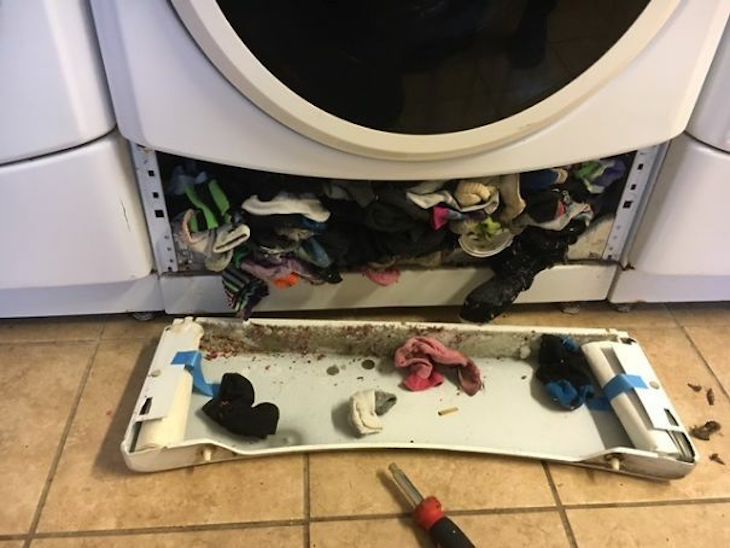 “Socks, underwear, a credit card… and that is just what was in the bottom of the machine. When he removed the water pump that removes the water from the machine, he found about $7 in change.

Now, for those of you that swear, your machine eats your small things, and have been told by ‘professionals’ and others that this fable just is not true… Here is the proof!”

It turns out that years of loose change, missing socks and valuable items had slipped down through the cracks. They all ended up under the machine!

Some of us may joke about a ‘sock monster’ but it seems as if they may actually exist. Perhaps we should all check the compartment under our washer and dryer before it becomes a hazard. 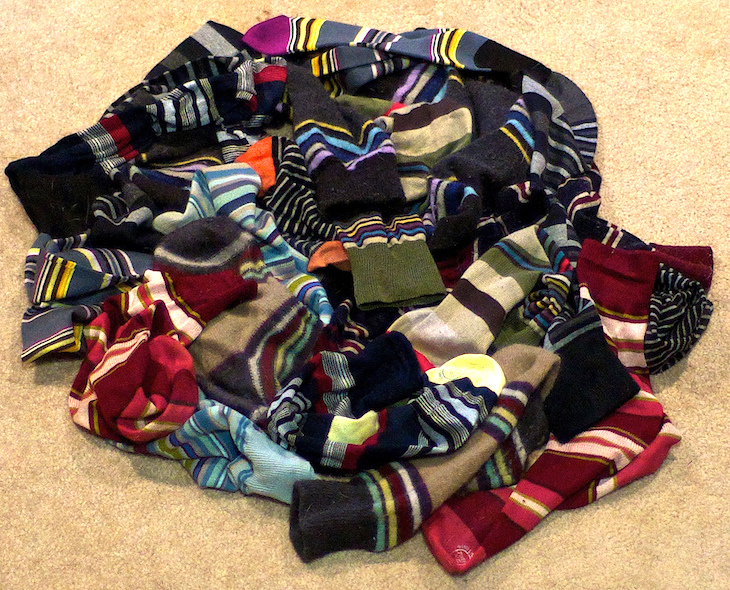 If you think your home has a plague of missing socks, check out this quick fix in this video: