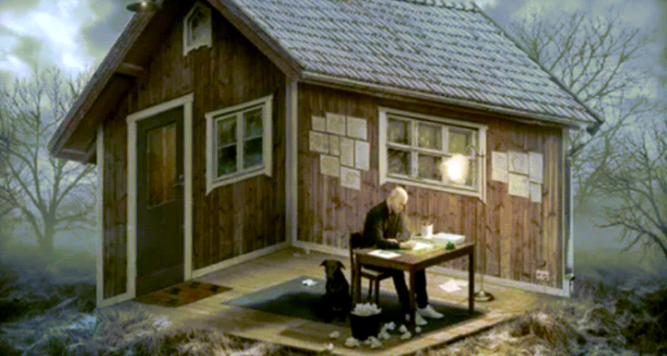 My wife and I love personality tests. We’ve taken most of them, and it’s always fun to see how our answers to the various test reveal our personality and traits. Not only can is it fun, but you can actually learn something about yourself by taking a personality test. People’s obsession with these tests isn’t a new thing. Greek Physician Hippocrates actually believed that human beings could be divided into four different personality types. The types were distinct, but at the same time overlapping each other. In other words, personality tests aren’t a new thing. They’ve been around a long time.

There are some complicated personality tests, such as the Myers-Briggs test, the DISC Assessment, and more recently, the more complex Enneagram tests. Taking these tests help us to understand not just ourselves, but other people as well, and how we fit into the world with them. Although sometimes these tests are complex, there are simple tests out there, too, such as the True Colors test. When we know someone’s type, it will ideally help us to understand them. Sometimes we stumble across a simple image-based personality test, such as this image. Do you see the man as sitting inside his house or outside his house, or both? 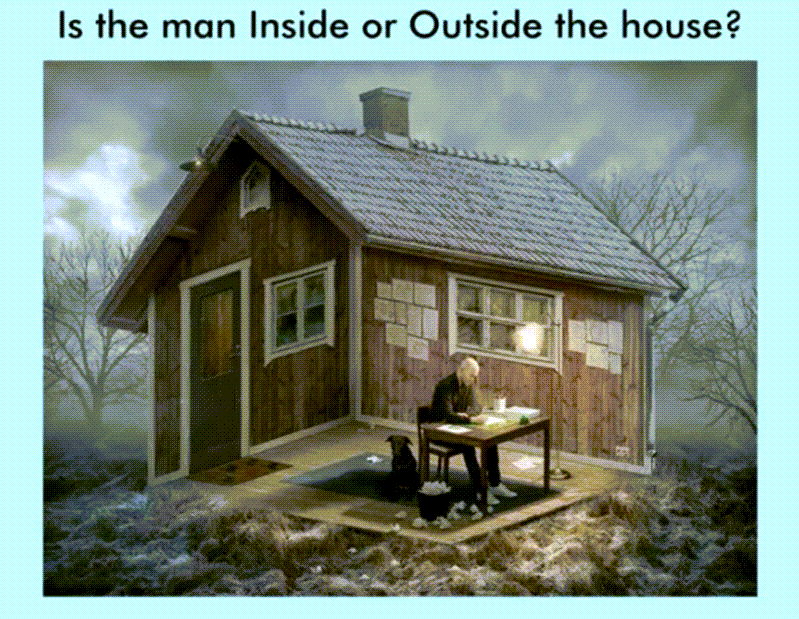 However you see him reveals some traits of your personality.

If the Man Is Inside the House

If you see the man inside the house, you probably don’t like conflict and try to avoid conflict at all costs. In fact, you’d rather completely avoid a conversation with someone rather than have a fight with them. That doesn’t mean you lack courage, though. You will get involved when you see two people fighting if you think you can make peace between them. You’re actually a peacekeeper, and you’re not one to get into a war with someone.

If the Man Is Outside the House

If you see the man sitting outside his house, you are a person who appreciates a strong character and honesty. You also are going to do what you want to do and no one is able to stop you, which can sometimes get you into trouble. You probably have to work hard to never be swayed by the opinions or ideas of other people, and you like having a clear conscience. You don’t see grey areas. Things are either black or white, and you always follow your heart.

If You See Him Inside and Outside

If you’re like me, you may have seen the man both inside and outside the house. If that’s the care, you’re a creative person and you like doing your own thing. You tend to rise from the ashes like a phoenix and find a way around problems to find success. If you have to choose between the hard road and the easy road, you’ll choose the hard road because you don’t like being mediocre. Your mind is sharp and you use it to make a difference in the world.