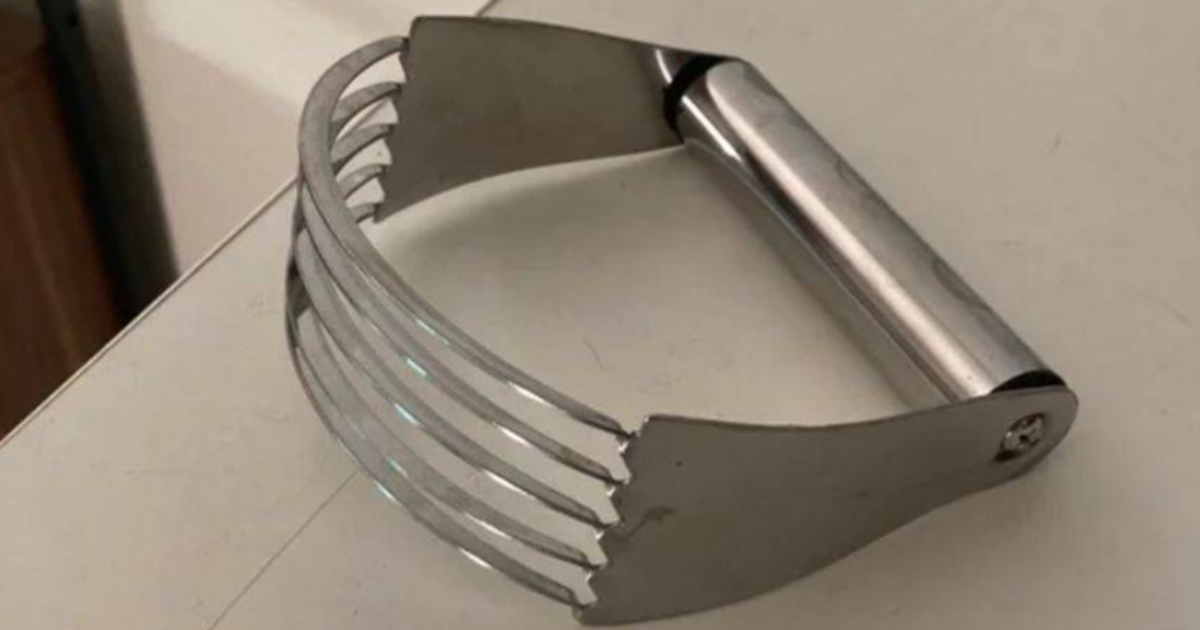 As I was browsing Reddit, I came across a post where someone was trying to identify something that they saw in their kitchen drawer. I admit I was stumped. However, when my wife walked by, I told her that the internet was trying to solve a mystery about a kitchen device and I showed it to her. She laughed and rolled her eyes and walked away, so I guess I’m a dummy for not knowing. However, when she walked back through, she acknowledged that since people don’t bake as much as they used to, it’s entirely possible that this could become a kitchen device that may become an “unknown.”

She said it’s not likely to ever become obsolete because it’s still needed for baking, but how many people still do a lot of home baking? This gizmo is a pastry cutter, which is used to blend butter or shortening into dry ingredients. Then, the same gizmo can be used to cut dough. The blades cut solid fats like butter into dry ingredients so that your dough can get to the right texture. According to my wife, they are completely indispensable if you’re going to be making homemade biscuits and things like that. I think my wife is a genius who has made a lot of biscuits because the Reddit comments check out with her opinion.

This item in our kitchen? we’re not quite sure what it is. from whatisthisthing

Some people said that they’ve seen it used to mash potatoes, but even I (a non-cook) know that this tool isn’t entirely suited to that. More than one man said that they “confirmed with the Mrs.” that it’s a pastry cutter. Someone else said that it’s great to use to get ground beef into smaller pieces when it’s cooking. To do this, my wife uses a potato masher that has little holes in it. She says it’s perfect for that.

Thanks to men on the internet and their wives standing behind them, this is another mystery solved.