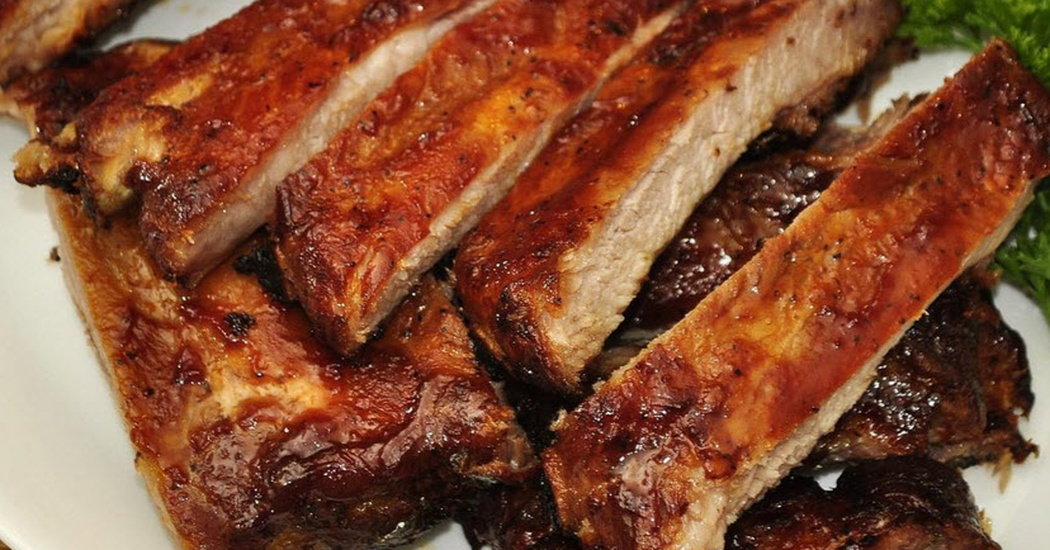 What are you having for dinner tonight? That is perhaps a question that all of us must face on a daily basis. For some people, planning ahead is an easy choice and they get their groceries a week or more in advance. For others, however, it’s a struggle to figure out what sounds good on any particular evening and sometimes, a lot of time is wasted in the process. As you are about to see, however, ribs can always be on the menu and there are so many delicious ways to make them, you will never get tired of this meal.

By now you are probably thinking, I don’t have time to prepare a grill or to cook ribs when I get home from work. Don’t worry about it, we have you covered. Once you know these crockpot recipes, you will find that it is one of the easiest meals you could ever make. When you combine the fact that you are giving something delicious with the convenience of cooking them in the slow cooker, you may just think that you have found dinner nirvana. Here are 10 different ways that you can make these slow cooker ribs delicious. 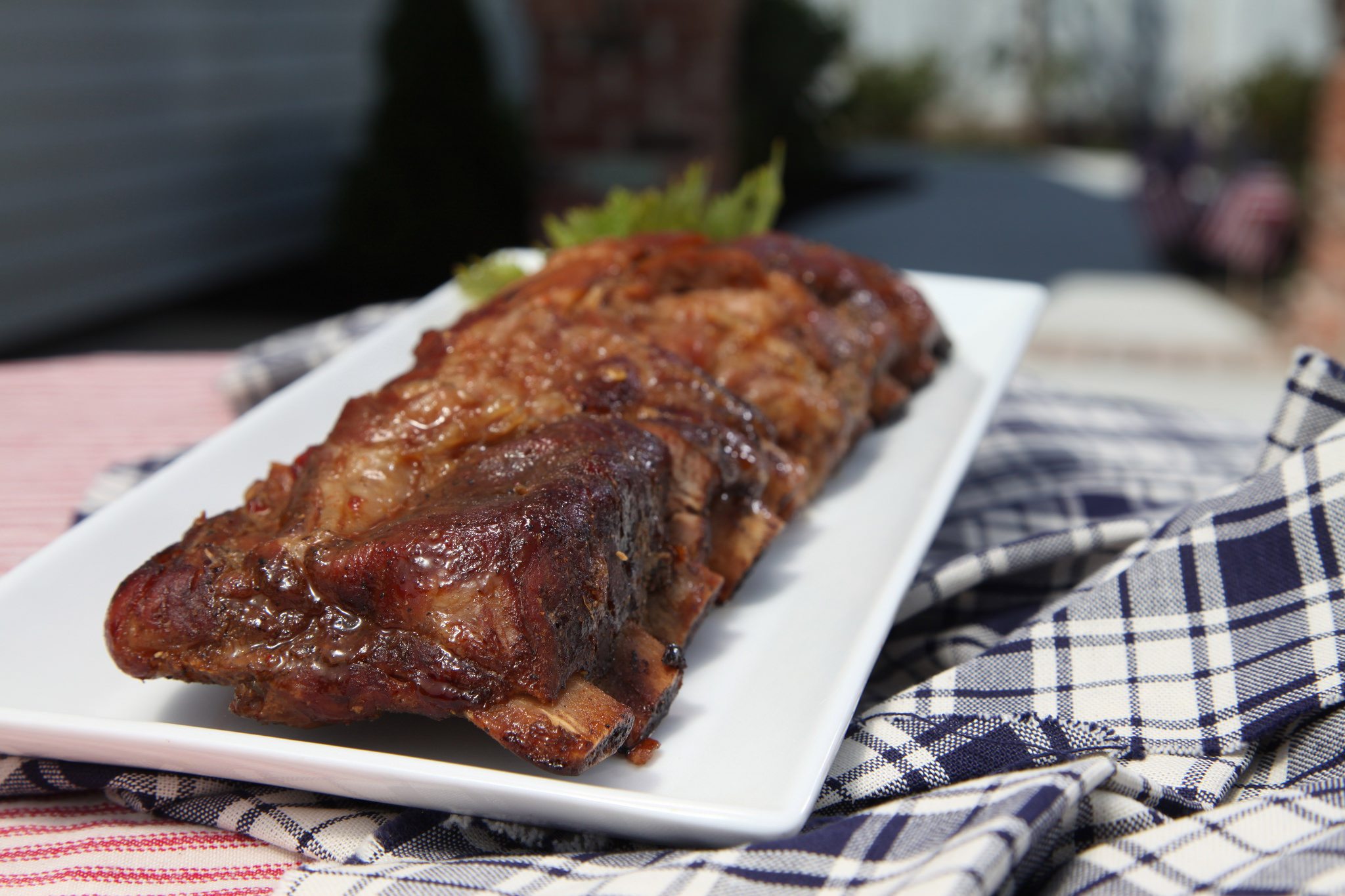 Start with a rack of pork ribs (about three pounds). Rub them down liberally with salt and pepper (use about a teaspoon of each). Through them both in your slow cooker. Next, pour in two cans of your favorite root beer along with two cups of your favorite barbecue sauce. Cook low and slow for five hours, or on high for three hours. After that, take the ribs out, pour the liquid out of the slow cooker, and throw them back in on high for another hour. Serve with sauce and enjoy! 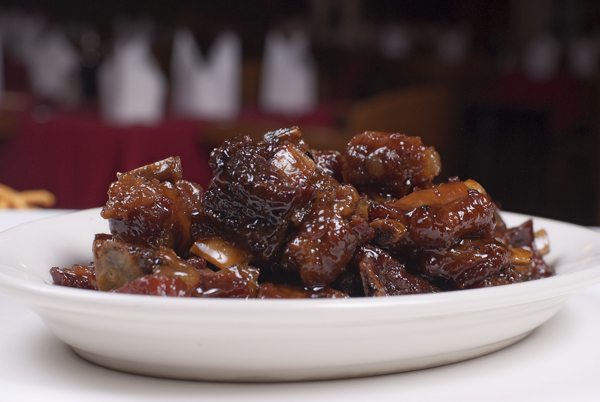 Again, start with pork ribs and rub with salt and pepper. Mix together 10 cloves of minced garlic, one teaspoon of allspice, a cup of honey and half a cup of soy sauce. Combine the ribs and the sauce and cook on low for eight hours. Take them out and you’re ready to go! 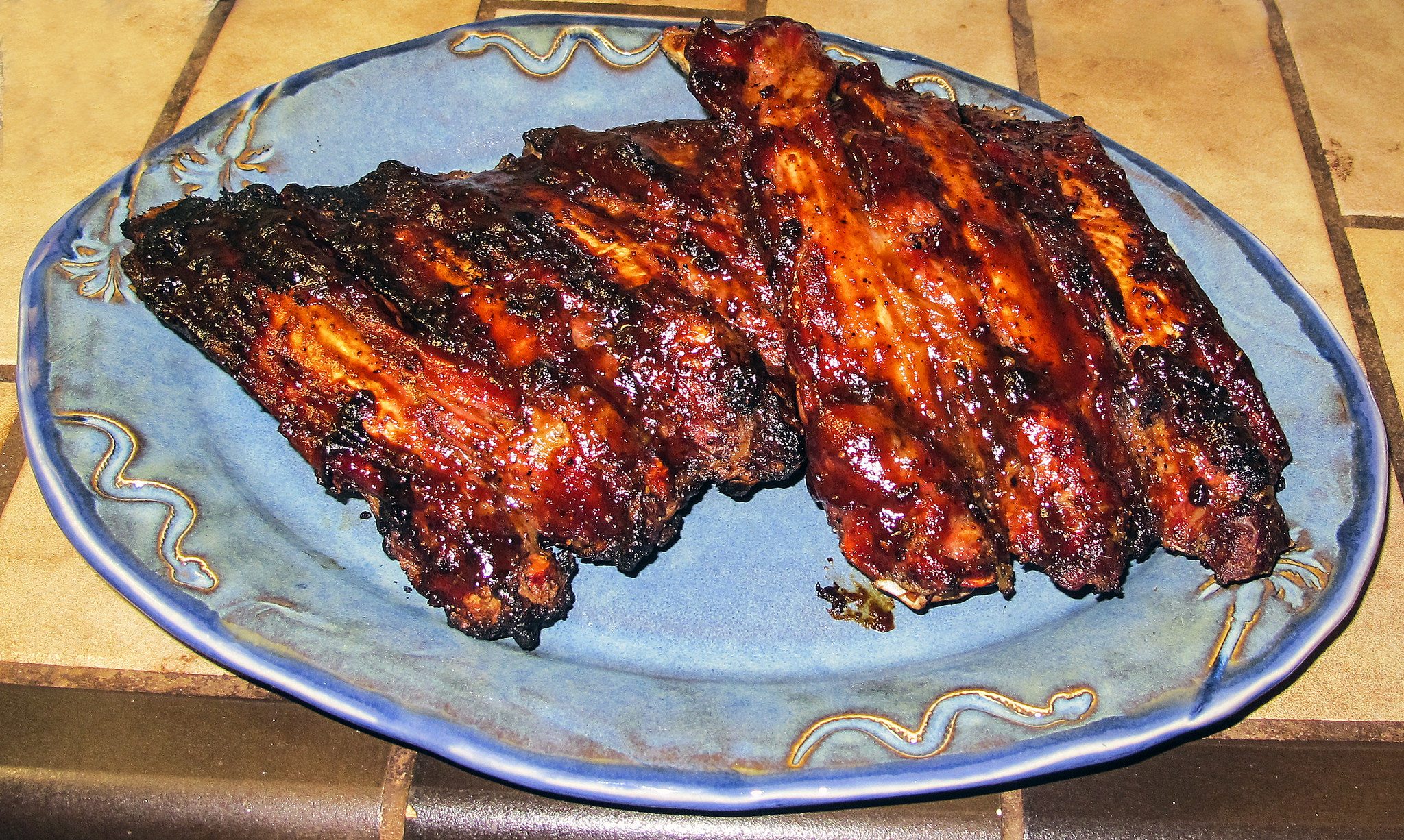 Salt and pepper your ribs and rub them with olive oil. Next, get a saucepan and heat up a bottle of barbecue sauce, a can of chipotle peppers (with sauce), two tablespoons of brown sugar, several cloves of garlic and two tablespoons of Worcestershire sauce. Bring it all to a boil and then let it simmer for 15 minutes. Brush the ribs liberally with the sauce and throw them in the slow cooker on low for six to eight hours. At the end, take them out and add the rest of the sauce. 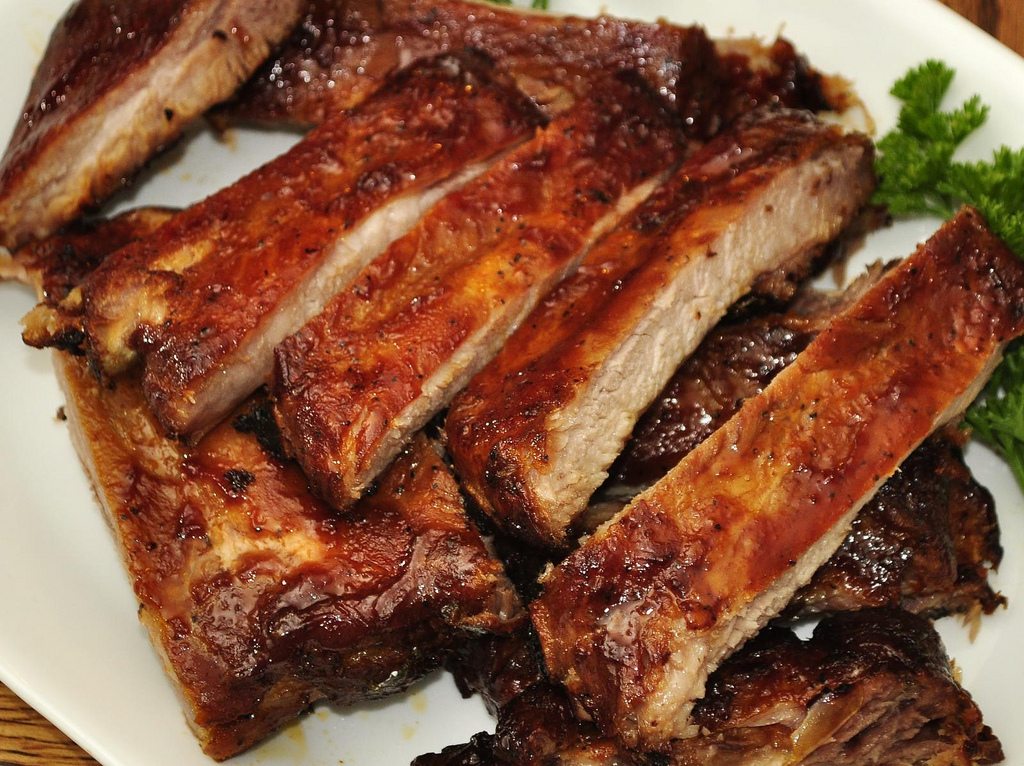 Rub your ribs down with salt and pepper as well as 1/2 teaspoon of garlic powder and a teaspoon of liquid smoke. Dump in two cups of barbecue sauces and two cans of Dr. Pepper. Cover it and cook on low for eight hours and you’re good to go.

Perhaps the simplest of all. Salt and pepper your ribs, throw them in the slow cooker, add a few cups of barbecue (your favorite flavor or mix a few). Set it for six to eight hours on low and enjoy. 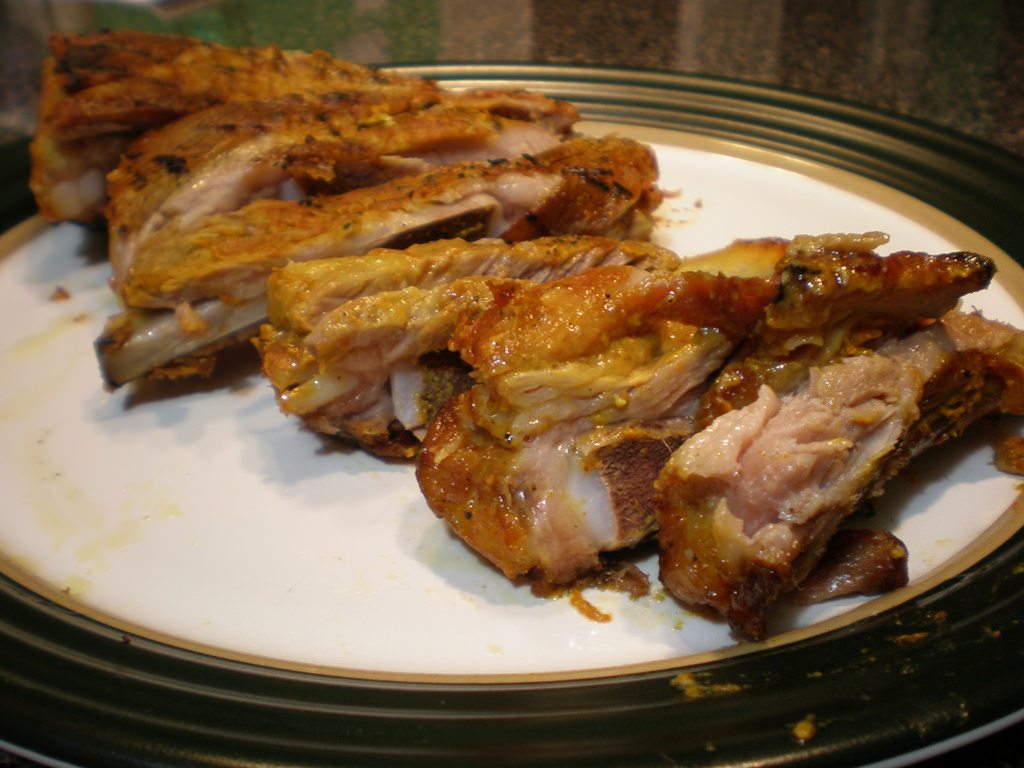 Salt and pepper your ribs and throw them in a slow cooker. Mix together a cup of yellow mustard, a 1/4 cup of money, a 1/4 cup of light brown sugar and half a cup of apple cider vinegar. Add a tablespoon of minced chipotle pepper in adobo, a tablespoon of ketchup, one teaspoon of garlic powder and two teaspoons of Worcestershire sauce. Once it’s combined, dump it on the ribs and cook them low and slow for six to eight hours. 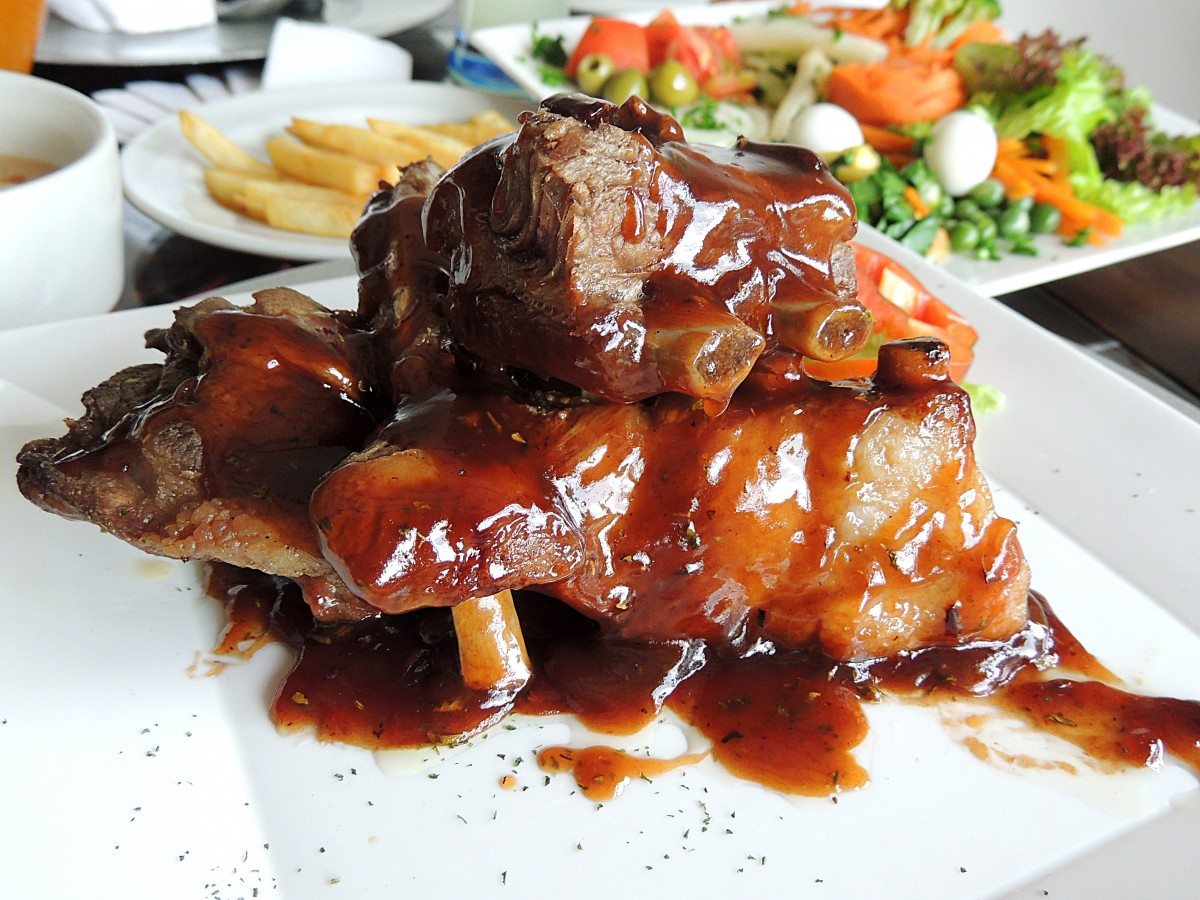 Rub your ribs with salt and pepper. In a bowl, combine a cup of brown sugar, a cup of soy sauce, a 1/4 cup of rice vinegar, 1/4 cup of sesame oil, 1/4 cup of minced ginger, six cloves of garlic and a teaspoon of red pepper flakes. Combine it all together and dump it over the ribs. Cook them on low for six to eight hours and then serve! 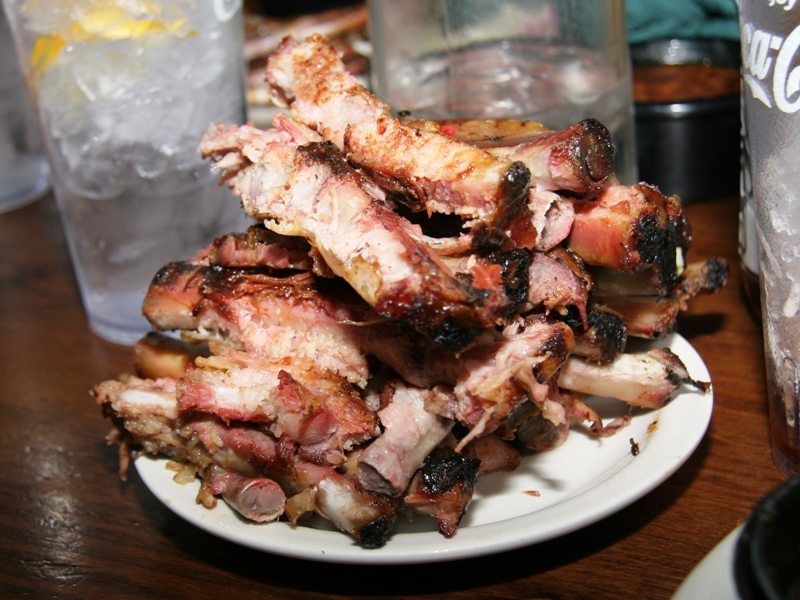 If you’re feeling really adventurous, try this one. Start the same way by salting and peppering your ribs. Next, get a pan and combine one-and-a-half cups of ketchup, half a cup of white vinegar, half a cup of apple cider vinegar, 1/4 cup of soy sauce and 1/4 cup of brown sugar. Heat in a saucepan over medium heat, stirring occasionally. After about 20 minutes, it should be ready add in three tablespoons of espresso (or dark coffee) and let it cool. Finally, dump it over your ribs, cook low and slow for six to eight hours and you’re good to go.