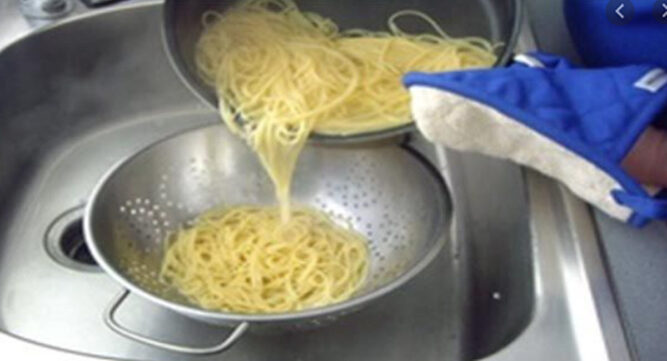 There’s nothing like the smell and taste of fresh-cooked pasta. However, did you know that most folks are straining their pasta all wrong? According to a TikTok user, we’ve been giving ourselves a lot of extra work (and perhaps a few burns) while draining piping hot pasta water into the sink. In a video shared by TikTok user “real_ensee,” we see a man starting his demonstration by showing how most of us drain our pasta. In the video, the man first drains the pasta by pouring the hot liquid and pasta into the strainer.

The second demonstration shows us the correct way by placing the strainer underneath the pot to drain the water while holding in the pot’s pasta. Using this method, he doesn’t lose a single morsel of pasta! As he points out in the video, this method “Makes life easier” just by placing less strain on your wrists. The short video titled “Tell the truth, you don’t know about this” has now gotten over 615,000 views and 11,000 likes. Folks are loving the demonstration, and it’s no surprise that he’s gotten a ton of praises for teaching people this little-known hack. One user wrote:

“I’m so gonna be doing this now, why have I never thought about this before.” 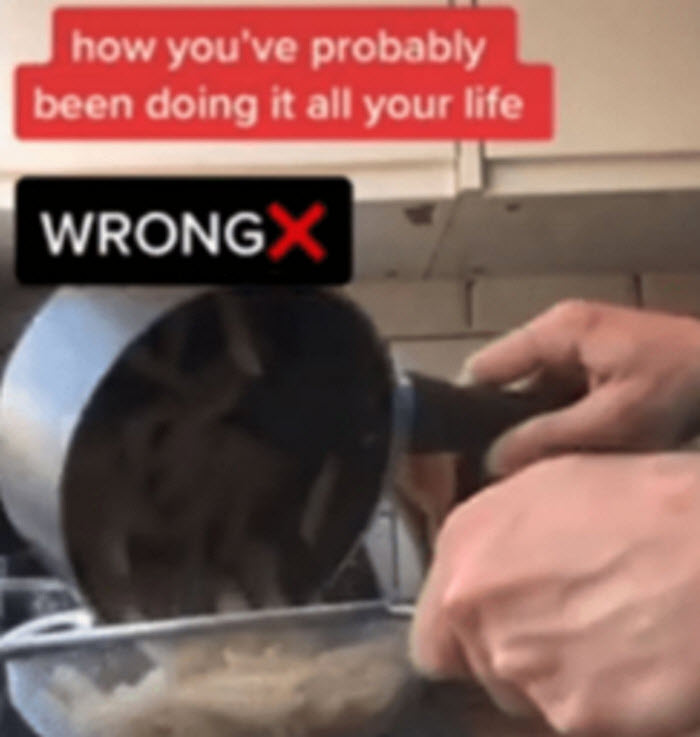 Some users confessed they’ve been doing it wrong their entire lives.

“Wow. Been doing it wrong forever. ” Another user wrote, “I think you just changed my life. ” 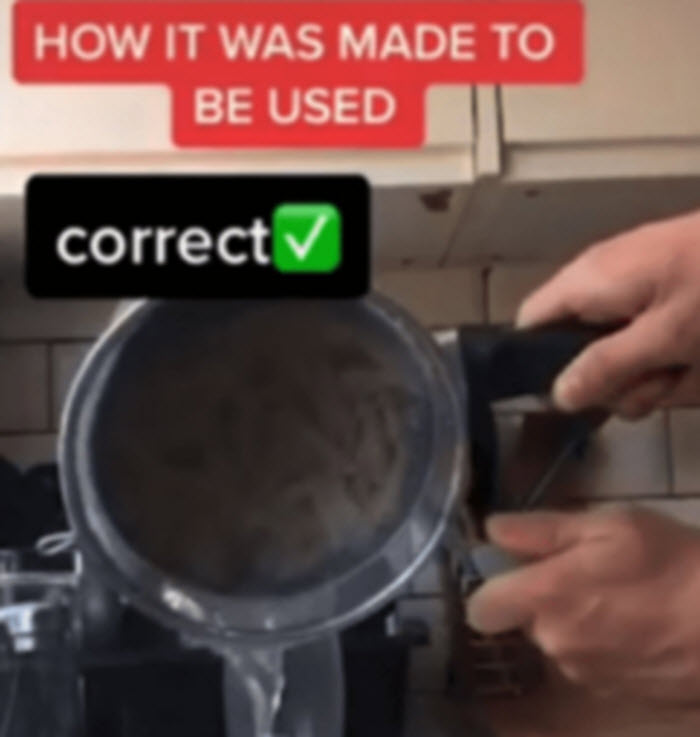 While many folks were deeply appreciative that he shared this hack, others didn’t agree with his method. Some pointed out, for example, that this hack will only work if the strainer is the same diameter as the pot. One user said:

“That’s actually not how it’s meant to be used. The original way is correct. ”

Another user, unconvinced the traditional way was wrong, writing:

“No, you actually are supposed to pour it in the strainer but you do you.”

One person even criticized the man’s pasta cooking skills, writing:

“Before teaching others how to strain pasta with the wrong tool you might wanna learn how to cook the pasta.”

With the election now over, it looks like the great pasta straining debate of 2020 is just heating up! You can watch the TikTok video below and form your own opinion.