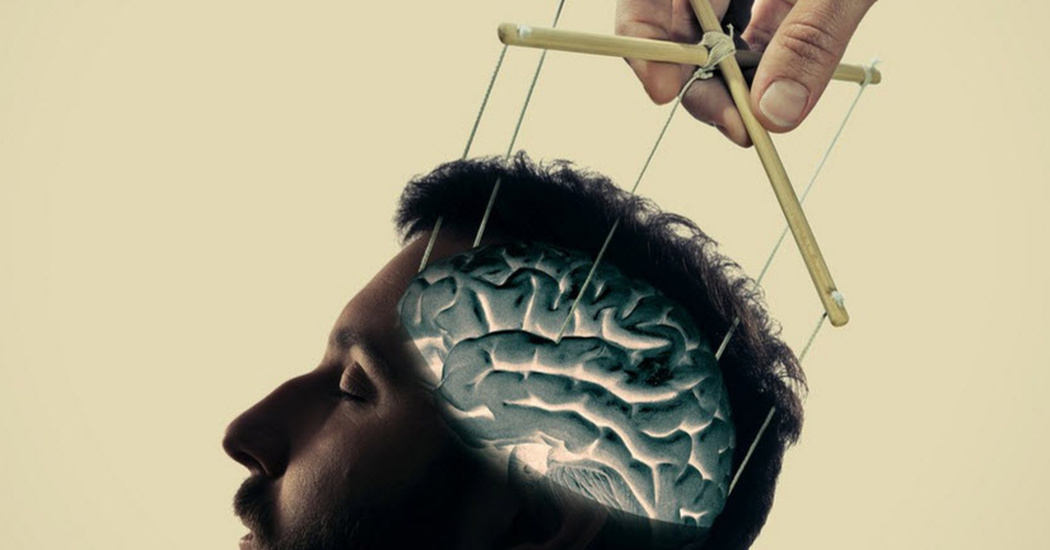 Most of us would readily say that we have dealt with an evil person at some point in our life. It could loosely be defined as somebody who engages in an evil type of behavior. Some may say those evil individuals are depraved, immoral or wicked but the boundaries are sometimes difficult to define. One thing is certain, however, when you run up against an evil person, you will have no doubt about it in your mind.

Evil people can be found in all kinds of different places and sometimes, they can crop up unexpectedly. You can find them at school, at the department store or even in your very own home. If you have a suspicion that you are dealing with an evil person, you can use these 10 warning signs to know for sure. Once you know then you can do something about it.

1. They enjoy others’ misfortune

The twisted mind of an evil individual often makes them feel good when they see other people having difficulties. It could be on a national scale or perhaps even on an individual scale.

When an evil person has experienced some type of pain in their life then they get a type of pleasure out of seeing bad things happen to good people. There is a danger in this, because they may actually cause a bad situation to occur so they can feel good about it. Recognizing who they are and the things that they do may help you to avoid this difficulty. 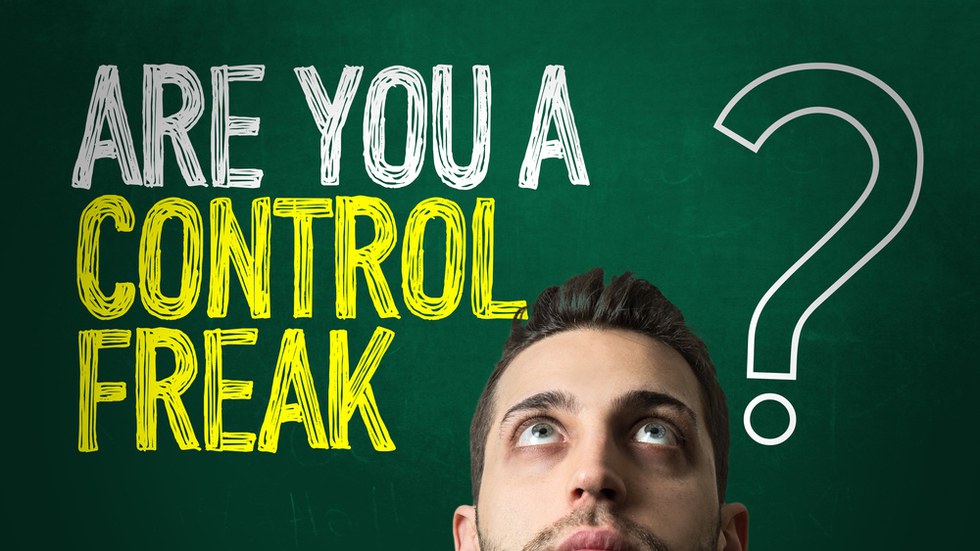 Evil people tend to be controlling but it is more than just wanting to control you. They may feel as if they don’t have any power if they can’t control everything in their life.

When you are dealing with an evil individual, you often have somebody who is so cruel to the world around them that you couldn’t trust anything that they have to offer. They become obsessed over cruelty and as you get close to them, they start controlling you as soon as they can.

If you go up against an evil person directly then they are going to lash out at you directly as well. You might not feel it as you would feel a slap in the face but one thing is certain, the evil person will exact revenge. 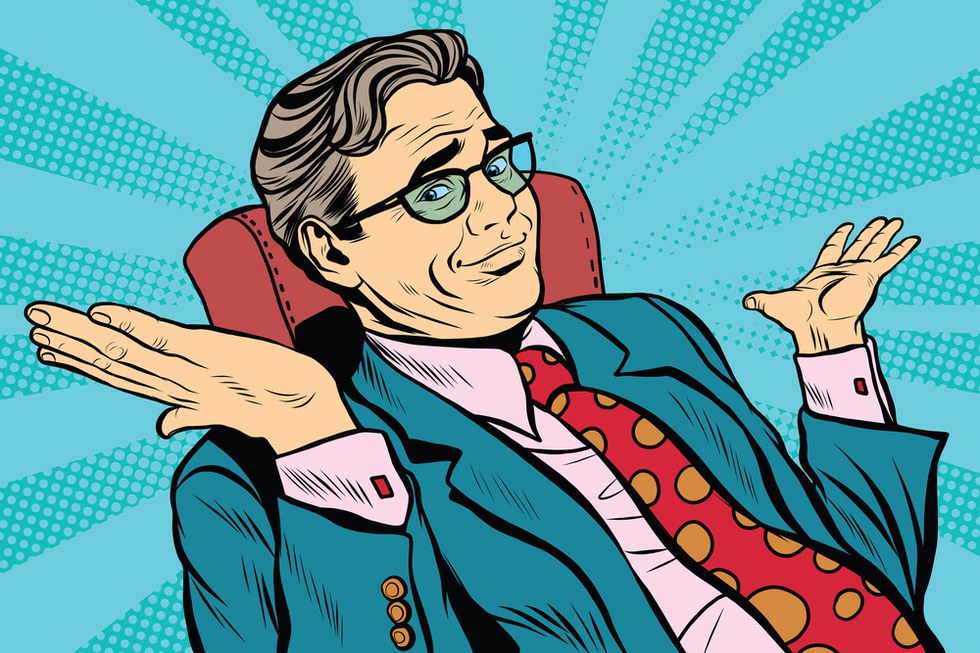 It is difficult to find anybody who tells the truth all the time. As far as lies are concerned, however, there are big lies in little lies and not everybody who lies is a liar.

If you’re dealing with a liar, you have somebody who does it pathologically and consistently. Sometimes they do it without even thinking about it. They will lie so much that it becomes their new reality and since they are living in a life of lies, it can add to their evil behavior.

You may have a liar who is only doing so occasionally, stretching the truth to make them appear like they are a better person. Some evil people will make you the target of their lies as well. They use them to manipulate and if they are caught doing it, they will lash out at you.

4. You feel strange around them 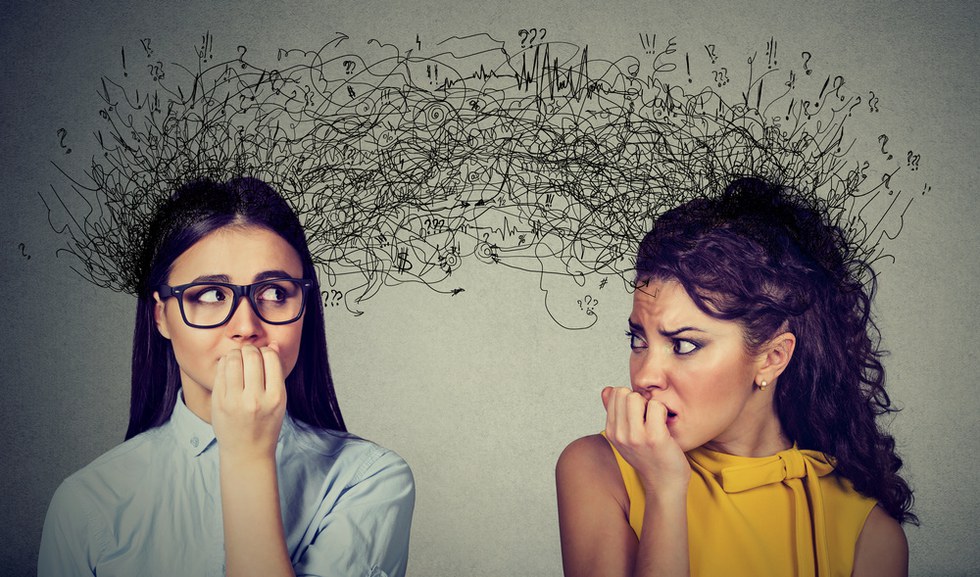 Even though we can’t see it, our bodies do emit a type of energy that is able to be felt when we are near someone. When we are around somebody who is evil, it automatically makes us feel strange around them and it is an intuition we should not ignore.

Sometimes they may give you the creeps and at other times, you just may have the feeling as if you want to get away from the person as quickly as you can. This is sometimes the first sign that you are dealing with an evil individual and you may need to just trust yourself. Trying to tell somebody else about this may make you appear crazy but acting on it privately could keep you safe. 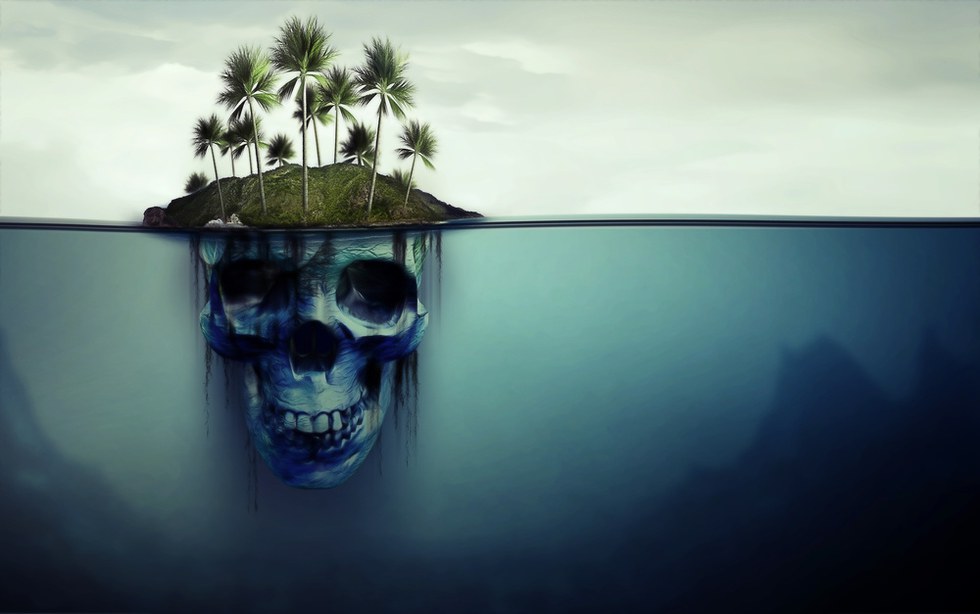 When an evil person controls their environment, they are actually creating their own reality. They want everything within that reality to conform to what they want and desire.

In any case, the end result is the same because they are now creating a world and wanting you to live in it. When you find out that somebody is misleading you or others, run away. 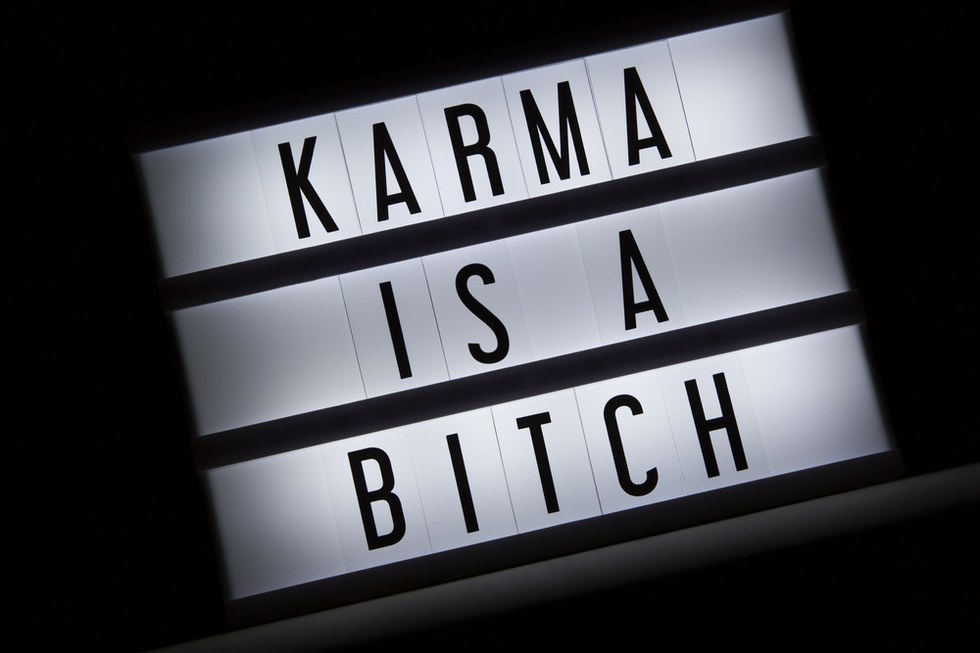 So far we have brought out that evil people were liars and controlling. They love when other people have problems and they make you feel bad when you’re around them. That isn’t even the worst part about it.

They realize that they are doing these things and they don’t feel sorry for it. Evil people don’t have remorse and if you point out the fact that they are unapologetic, they are just going to push it right back at you.

What an evil person is doing is trying to control you and maintain their quality of life in the process. If they were to apologize it would be seen as a weakness by them so they avoid it to keep you in their web. 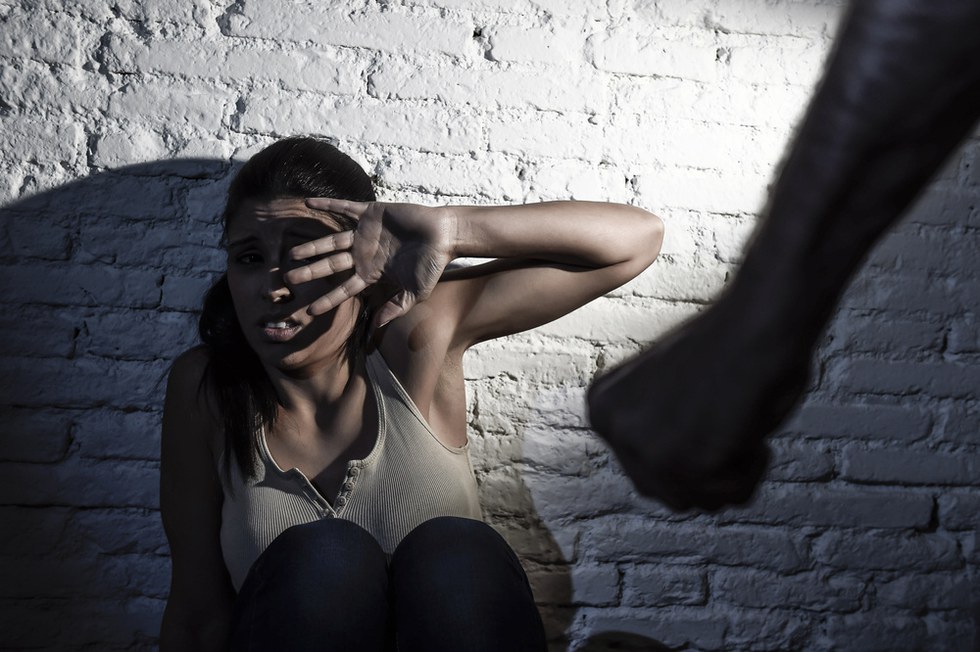 Evil people tend to be cruel to those around them and at times, they aren’t even trying to hide it. They may be cruel on the outside and can cause a lot of pain to everyone in their life, including their spouses and children.

When an evil individual builds such a life for themselves, they need to live in it and it pulls all of the happiness out of their lives. In the process, they tend to lose their heart and they have no qualms about being cruel to you in any way they can. 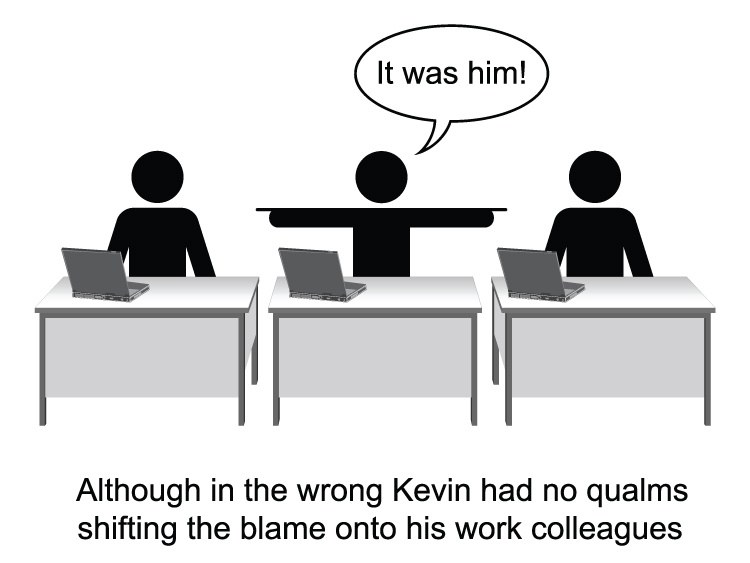 Most of us are dealing with a moral compass but an evil person is lacking in that sense. If something is pointed out to be their fault, they will redirect it as quickly as they can.

Evil people tend to shift the blame and they have no idea how to apologize. In fact, they may see apologizing as weakness and they’d rather have you suffer for their mistakes. 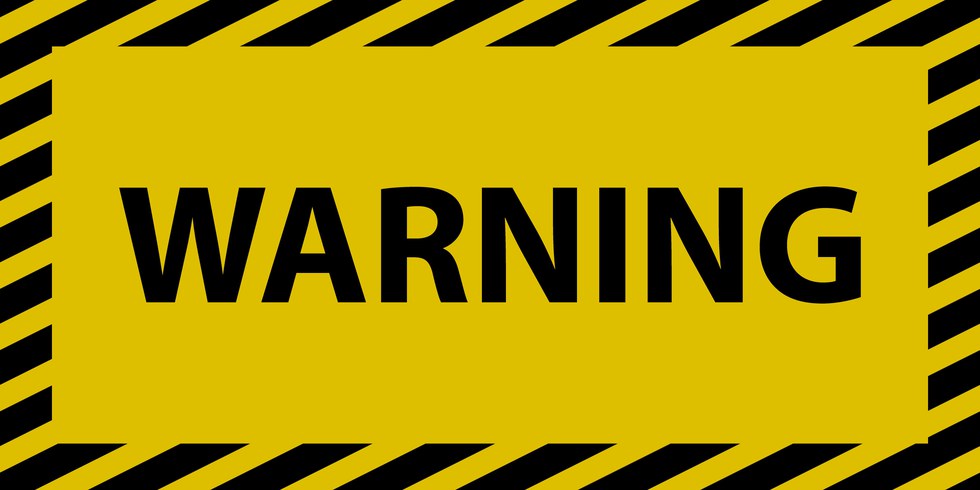 There are many times in which an evil person will be outed by their friends and families. You may talk to somebody who knows them or had them in their lives at some time and they will tell you outright that they are evil.

It’s a good idea to pay attention to somebody who has been a victim of that type of manipulation. There are going to be times in which you are dealing with ‘sour grapes’ but at the root of it, there may be a degree of truth. Tread cautiously. 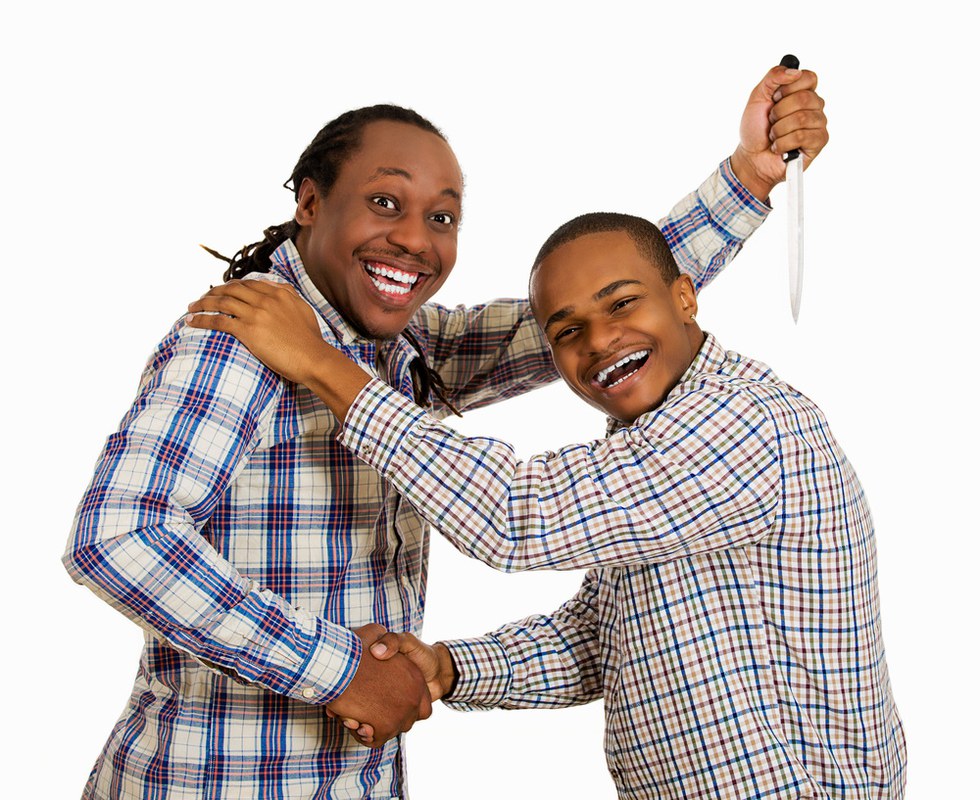 When an evil person is there to assist you they are actually doing it for their own benefit. They will be there when things are going well but if things go wrong, they will disappear. 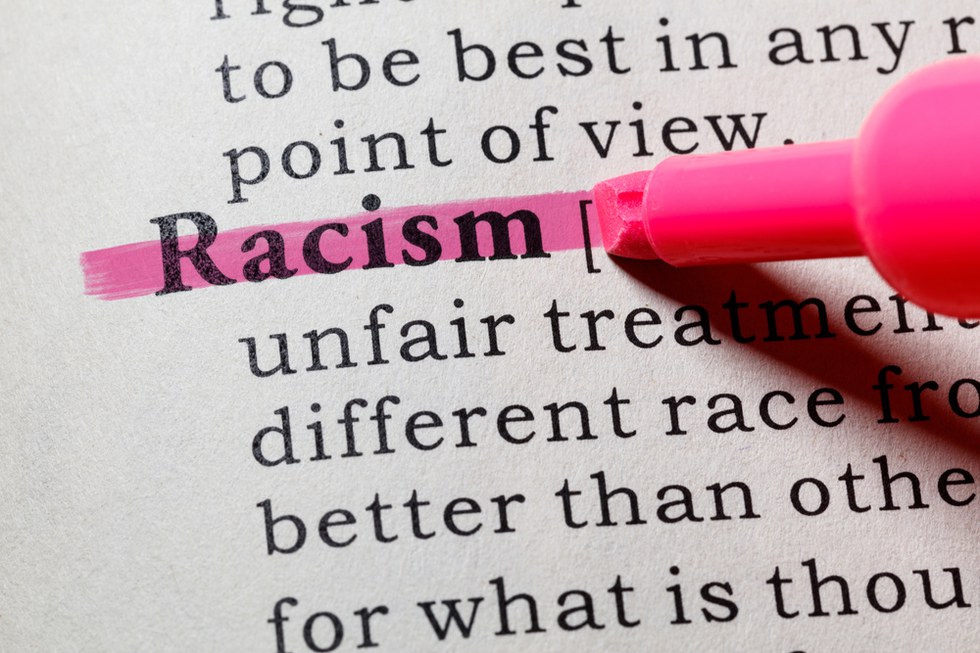 Evil people tend to divide others in any way that they can. They drive a wedge between people that typically shows up in ways such as racism and homophobic behavior. It tends to keep people apart, and more evil people result.

Be aware of these people because some could pull you into their own behavior. 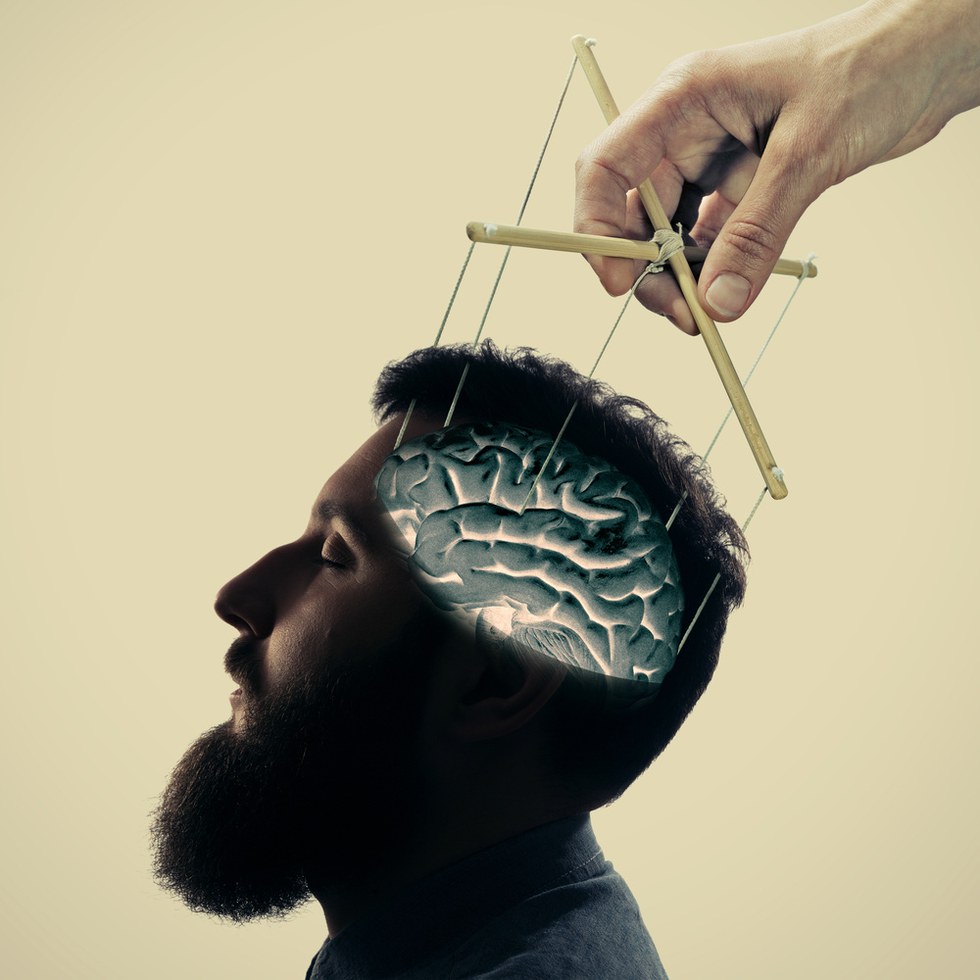 You may find that an evil person is being extremely kind to you but the only doing it for their own purposes. They try to get close to you to get what they need, regardless of whether it is money, sex or anything else.

When evil people manipulate you in this way, they are not doing it as a kindness. It may have a front of being kind but if you are able to see under the surface, you realize that you don’t get what you give. 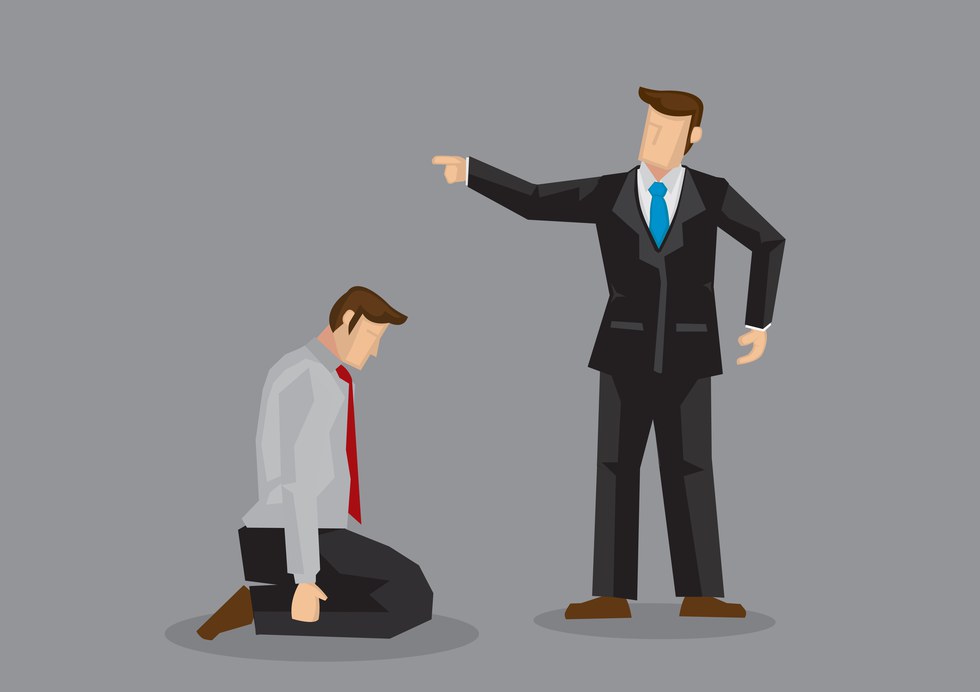 One of the worst things than the manipulator does is to manipulate you emotionally. They will often do this without you even knowing. This may take on many different forms.

They may attack your appearance, your goals, your friends or anything that you find precious in your life. They feel that making you feel small makes them feel just a little bit bigger. 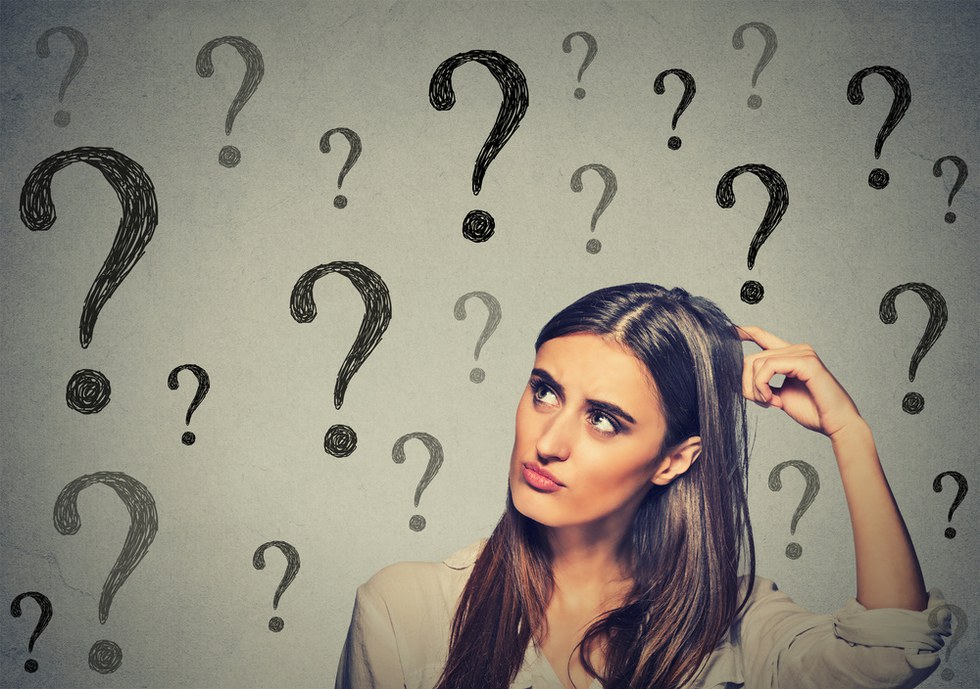 One of the things that evil people do is to divide and conquer. They try to keep you guessing and will scatter you as much as possible so that they have more power over you. This may seem like a difficult problem to overcome but once you recognize it in that person, then you have a little bit of power.

Evil people try to trap you in this way but if you keep your cool, you get some of that power back again. 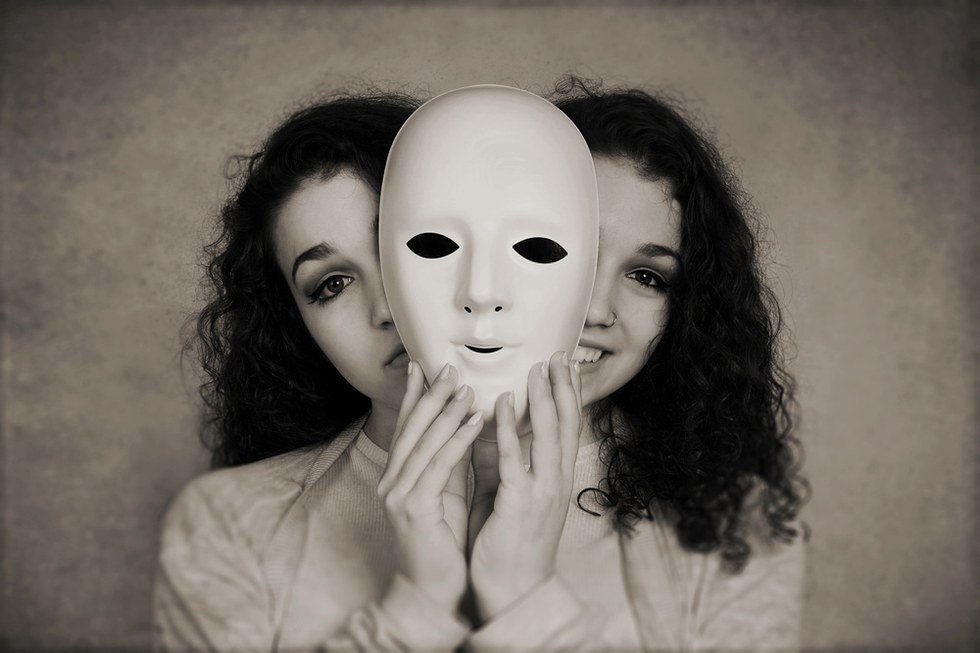 When you are dealing with someone who is evil, they will never fully reveal themselves to you. They may not only live a double life, but they could also lead hundreds of different lives. They do anything that they can to get what they want. 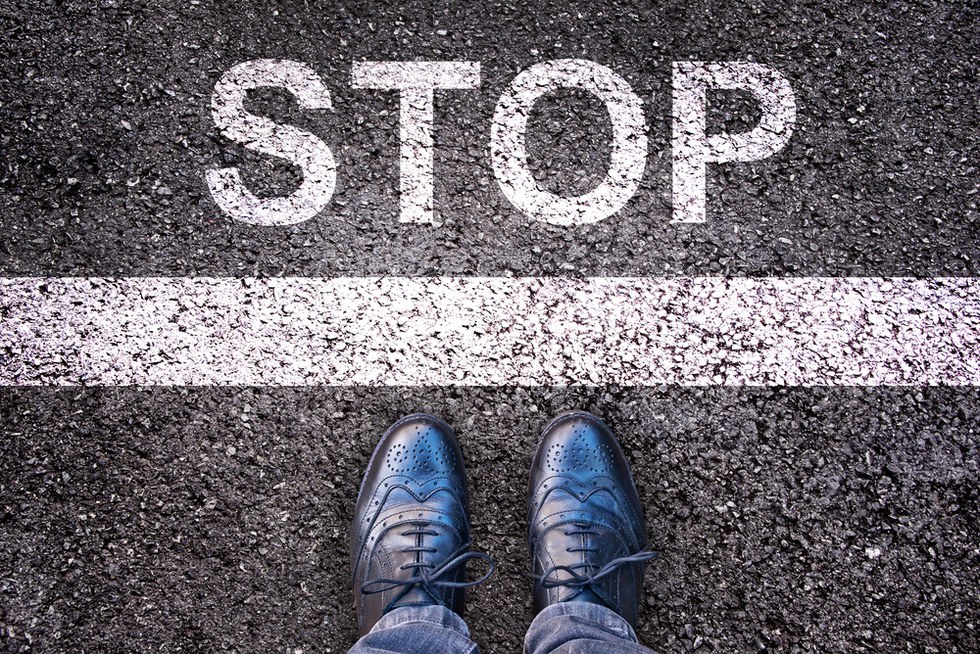 Evil people are difficult to pin down and sometimes, they are extremely difficult to get out of your life. You may think that you have tossed them away but they will simply come back and before you know it, you may find yourself in the same web once again.

The problem is, an evil person will often have no issue with coming back into your life and making themselves quite comfortable. This can be a problem, but if you are persistent, you can win the battle. 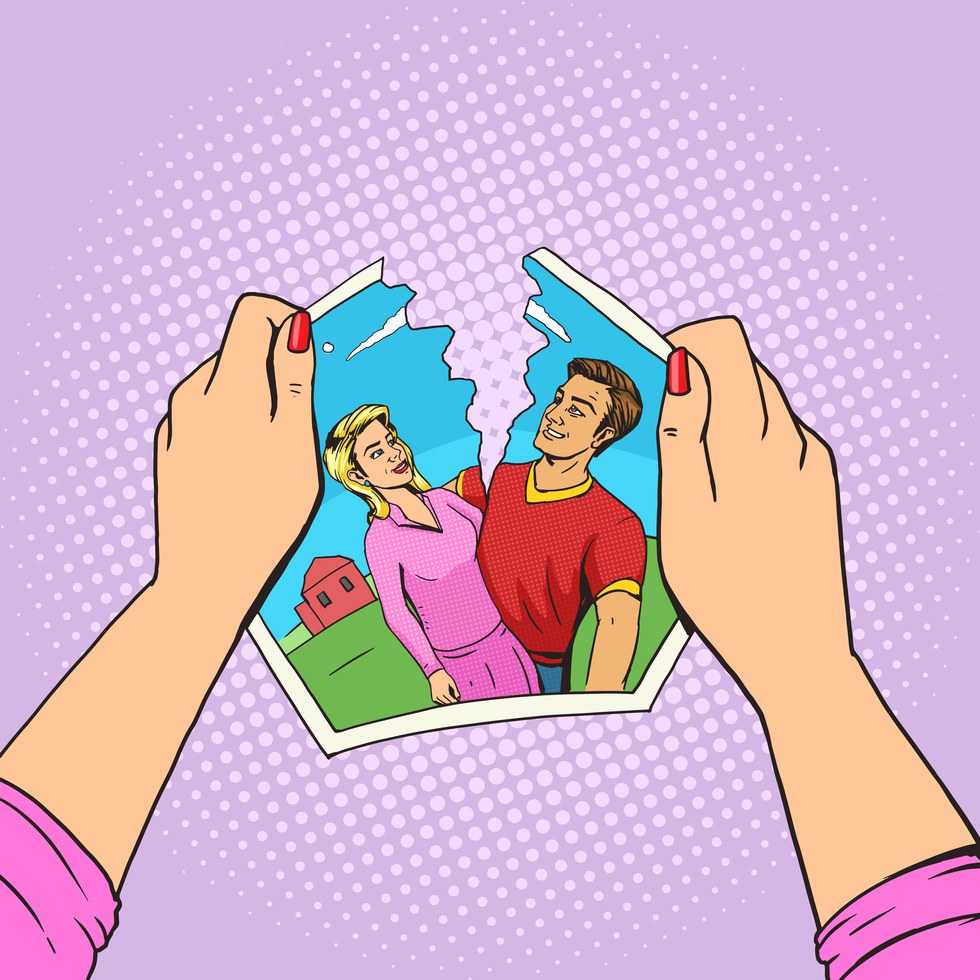 It doesn’t matter how persistent an evil person is, you can be even more persistent and get rid of them for good. They will try everything they can to stay, which includes manipulating, lying, attacking and misleading.

Once you make the decision to get rid of an evil person from your life you need to follow through on it. They may do their best to get you to change your mind but you need to be straightforward and free yourself from that problem. At that point, you can move forward with your life without the evilness in place.