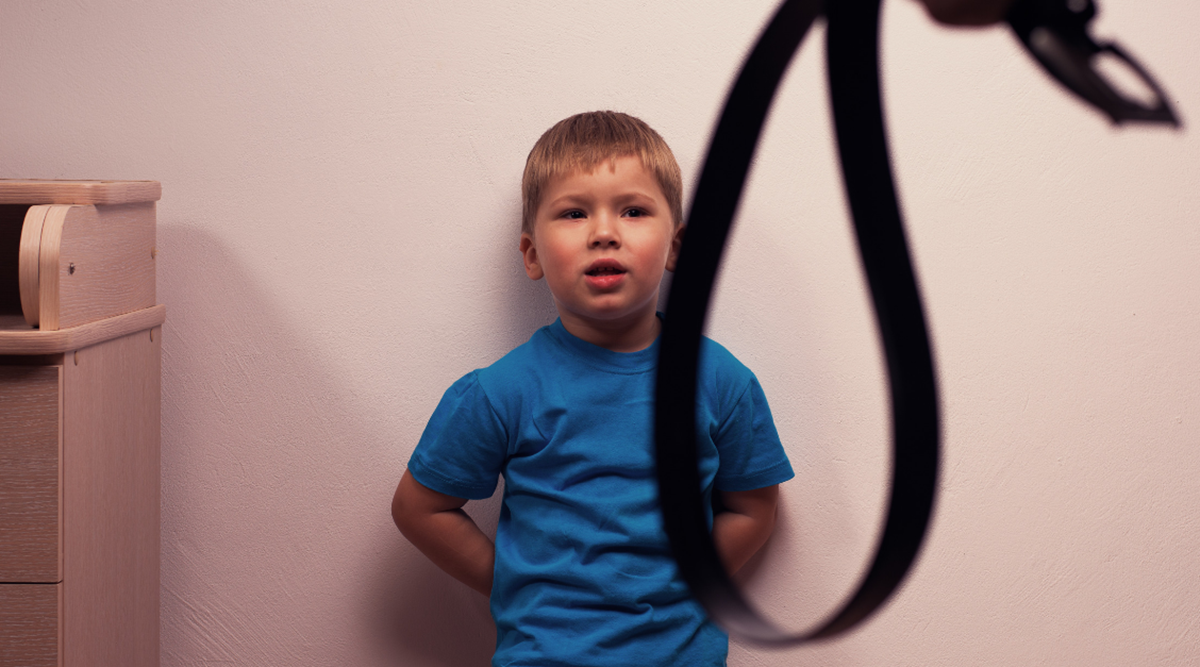 Like many children of an older generation, I was terrified of doing something bad (or getting caught) because I knew it would result in a spanking. There was nothing worse than feeling my parents’ rage during that disciplinary time. If you were a child who grew up in the 60s, 70s, and 80s, maybe even the 90s, then there’s a good chance that you got spanked by your parents. Some may have used their hands, while others used instruments such as a belt or switch (thin tree stem). However, today, it’s become less common to spank a child, and some states even consider it “physical abuse.” Well, according to a new study by the Journal of Pediatrics, research shows that spanking your child may result in setting them on a path to become violent toward their future mates.

Often, the reason why a parent chooses to spank is that, in all honesty, it’s the quickest and easiest way to resolve misbehavior. Instead of taking the time to build a relationship where the parent can discuss the child’s behavioral issues without physical violence, some parents still choose to spank. Why is this? Well, the study found that children who are spanked are more likely to be abusive when they grow up. But, parents who still partake in spanking their kids claim that this type of discipline worked for their parents, and they turned out “just fine.” So why shouldn’t it work with their children?

The study was conducted by the University of Texas Medical Branch. There, experts asked 758 students between the ages of 19 and 20 how often they were spanked, struck with an object, or slapped when they were younger as a form of punishment. Children who experienced corporal punishment were more likely to have engaged in dating violence and held up even when contributing factors such as sex, age, ethnicity, parental education, and child abuse were all controlled.


The study also showed how, sometimes, spanking was interpreted as a form of bullying. Think about it, a parent is not only bigger than their kids, but their brain is also more likely to be fully developed which means that they should be more capable of exercising self-control than their child. But when a parent sets aside that self-control to hit their children, the parent is sending a message that hitting those smaller and weaker than them is acceptable if it gets them to do what you want them to do.

In other words, the child will begin to see this as a new normal and believe that it is how people naturally should behave toward each other.

spanking your children isn’t a crime or child abuse, people are just too sensitive. https://t.co/Tmvci1k3WK

While the study does make several valid points, some people remained unconvinced of the harmful effects of spanking. Many look at more recent generations, such as Millennials and point to their lack of spanking as the reason behind some of their perceived less-than-admirable attributes. But, there’s no question that spanking also breeds a sense of resentment in children, one may debate whether or not that resentment is a short or long-term emotion that we carry into adulthood.


What do you think of this study? Is spanking an acceptable form of punishment, or does it plant the seed of violence down the road? Let us know in the comments section, and please be sure to share this study with your family and friends to start a conversation.