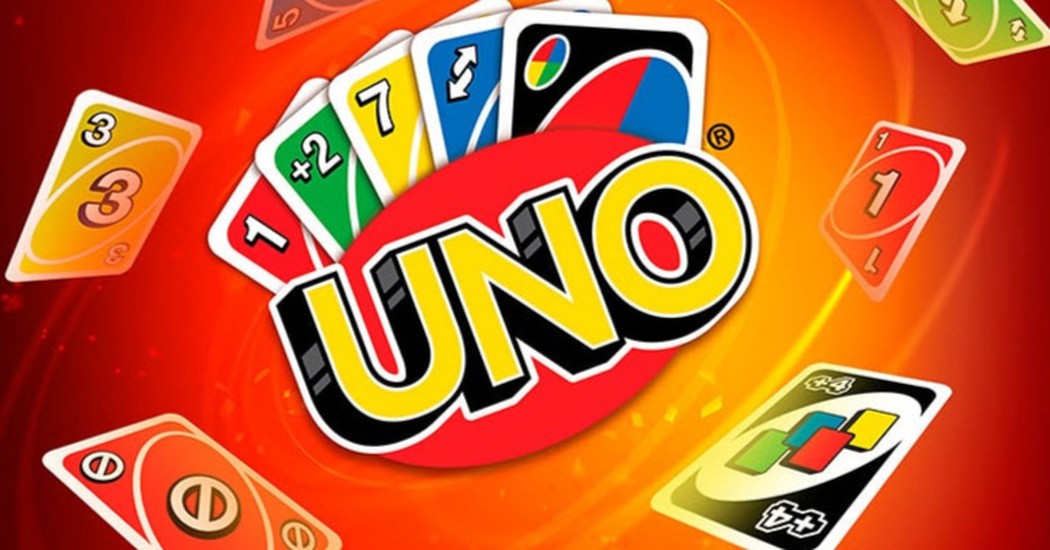 From the time we are very young, many of us have enjoyed playing games. I know that when I was growing up, it seemed as if there was always something to play, regardless of whether it was Monopoly, Chutes and Ladders or Solitaire. More than likely, you probably also grew up playing UNO and you might still continue to play it down to this day. It is just one of those games that continues to be popular and it is often passed down from one generation to the next. There are plenty of tense moments during the game when you might think that things are going your way and suddenly, the tables are turned. There are also some rather exciting moments, including when you get to scream out at the top of your lungs, ‘UNO’ when you are down your final card. It is at that moment that you realize that everything is going your way and you may just come out victorious.

The game of UNO got its start back in 1971 but it wasn’t very popular for the first few years. The real popularity started when Kmart started selling the game in 1978. Since its inception, over 100 million decks of UNO cards have been sold, which averages out to about 3 million per year. 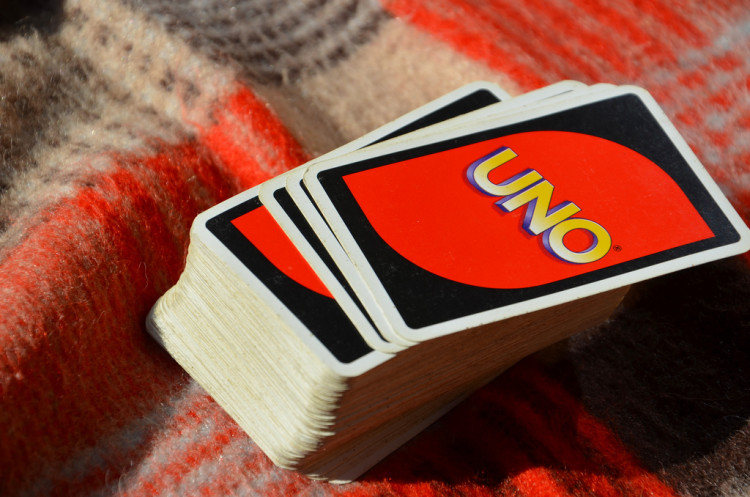 If you are an avid UNO player, you already know that you match a card in your hand to one that has already been discarded. You base your decision on the color or the number and then you do whatever the card says, such as drawing two cards.


In the end, the ultimate goal is to get rid of all of your cards first, right? Some people even consider UNO to be similar to Crazy Eights, where people need to get rid of their cards on the discard pile by matching either the suit or the number of the previously discarded card. 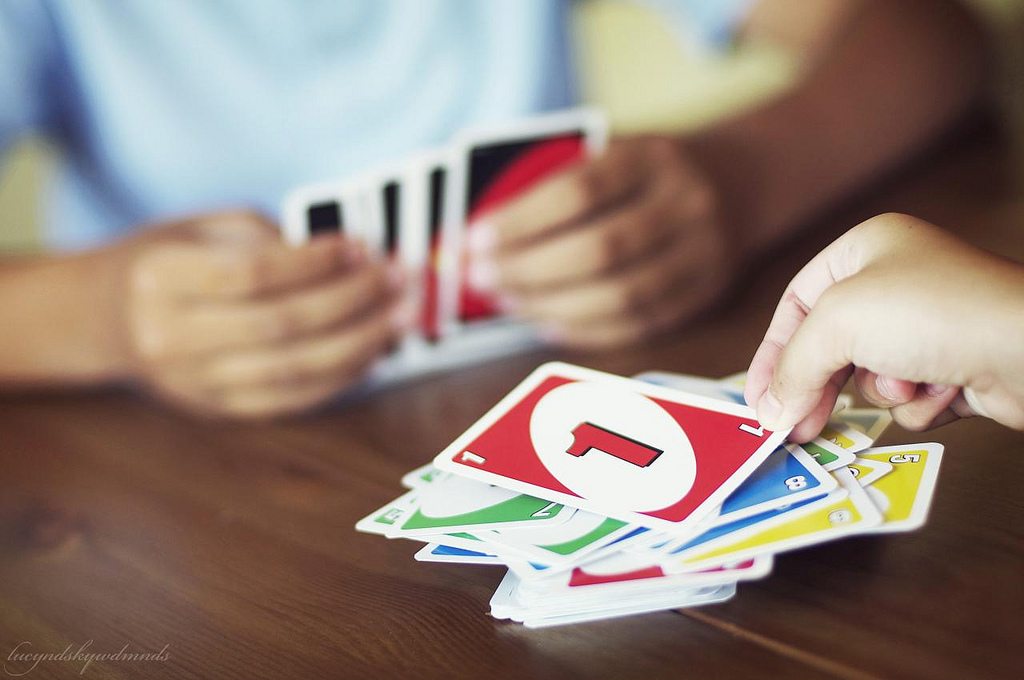 The rules of Crazy Eights says that the first person to get rid of all of their cards is the winner. If you have cards left in your hand, you then get nailed with some penalty points, including 50 points if you are holding an eight. Sound familiar?

If you play UNO using the rules of Crazy Eight, you have been playing it wrong. That is shocking for some people but a quick look at the official instructions on the Mattel website will make it clear.


The Correct Way to Score

The Mattel website and the instructions that you got with the deck of cards has a breakdown on how much each of the cards is worth.

According to the official rules, the real winner of the game is the first one to reach 500 points.

You can see the official explanation of the rules below: 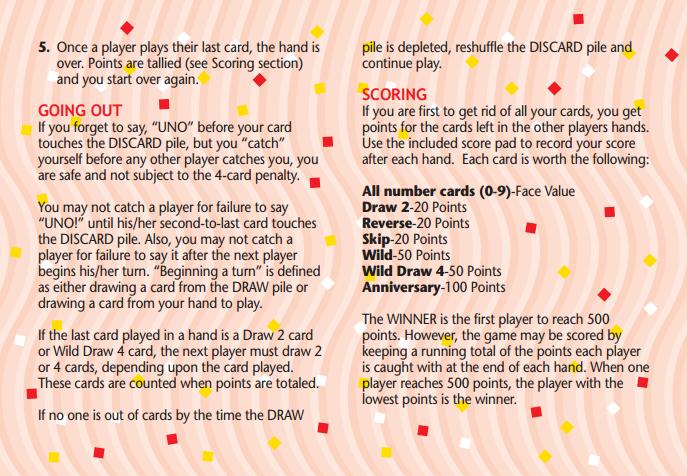 If you play a number of rounds of the game with your friends or family members, you can gain a lot of points. It actually makes me wonder how many games I’ve actually won if the score would have been kept properly.


This video should make it easier for you to see how the game is actually played and scored:

If you’re looking for other board games to play, there are plenty of options available. If you are having a difficult time choosing the one that is right for you, then you can look down through this flowchart and it will answer the question for you.