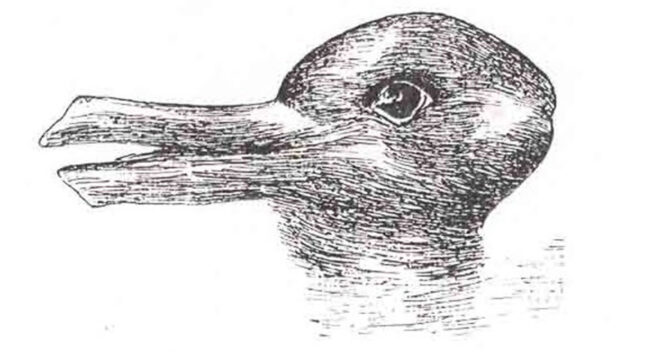 We love optical illusions. They’re lots of fun, and we like it even more when something we see reveals personality traits about ourselves. In 1899, this image first started circulating and it’s gone completely viral with the advent of the internet. This black and white image shows two animals, but whichever one you see first reveals something about you that you may not already know. The image was created by a man named Joseph Jastrow, and a research study recently put some time into figuring out what it means when you see one animal before seeing the other. Which do you see first? The duck or the rabbit?

When neuroscientist Kyle Mathewson was performing doctoral work at the Illinois-based Beckman Institute, he first asked his study participants to identify what they saw and he asked it in an “either/or” fashion. Then they were told to picture a duck eating a rabbit and people were surprised they didn’t see it earlier. To me, it doesn’t look like the duck is eating the rabbit, but I did see the duck first. Mathewson believes that it has to do with “top down” perception processing instead of vision. He said that it’s not that people’s eyes aren’t letting them see. Rather, researchers are giving people a new lens to look at. 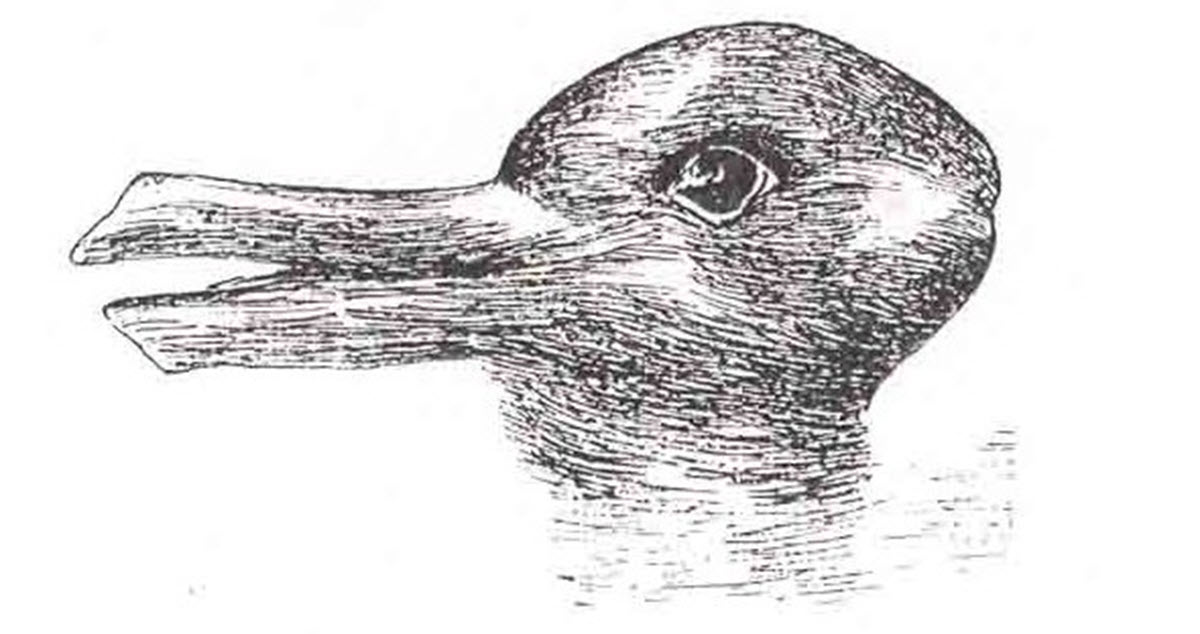 Apparently, those of us who can see both animals without being prompted are creative individuals. Psychologists refer to images like Jastrow’s image as “ambiguous figures.” Jastrow, who was also a psychologist, believed that what we saw illustrated our expectations and perceptions, which makes sense. Another study published by the British Journal of Psychology asked people to look at the image after they were first tested in another way. People who can see both the rabbit and the duck were found to be able to quickly list several uses for an everyday object like a chair.