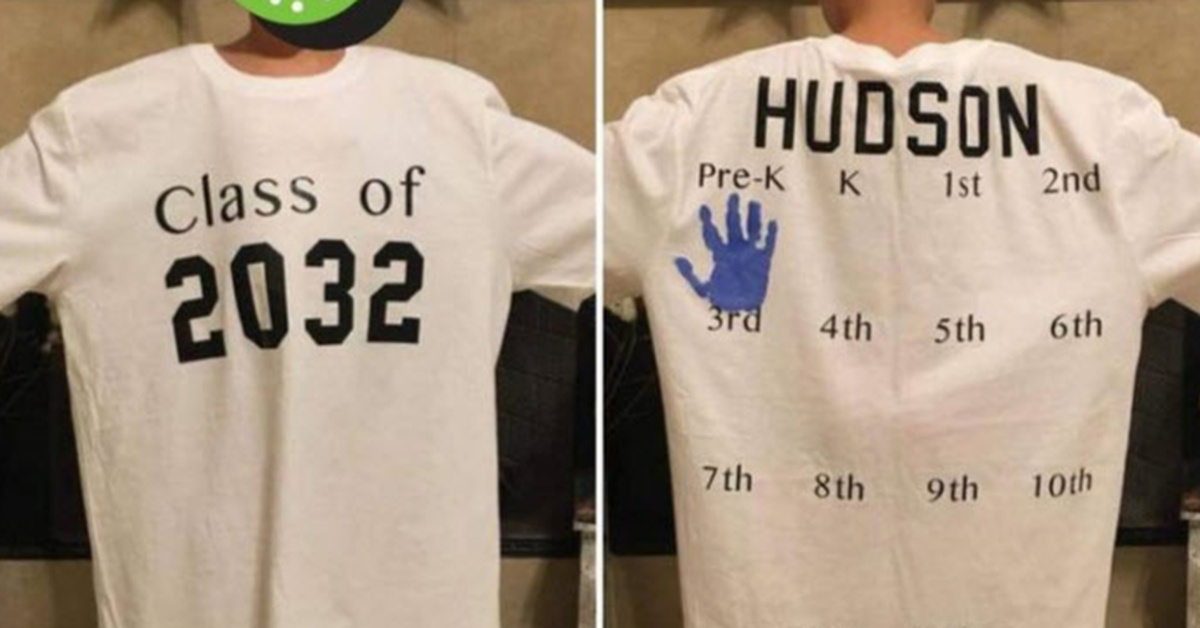 Although traditions may differ from one place to another, one mother from Dallas, Texas decided that her son, Gus would have an interesting and unique tradition. Her name is Carina Cansino and parents everywhere are going to want to imitate what she did with this adorable back-to-school tradition. When Gus goes back to school at the beginning of the year a handprint is put on the back of the shirt. Each year another handprint is added.

Although Gus is only in his second year of school, the shirt has handprints that will last the entire way through 12th grade. She posted a picture on Twitter and people loved it!

People were in love with the tradition and now they are showing their own traditions on Twitter.

@Jahnae2019 shared a picture of her niece and the tradition she was taking part in.

@imkentheman fell in love with the idea and decided to do it with their own children. You can never start a tradition too late!

A similar shirt can be purchased through Etsy if you would like to try this tradition with your children.

You can buy one from OliviaBellDesignsUS, which is practically identical to the one Gus was wearing but you can customize it with your own information. 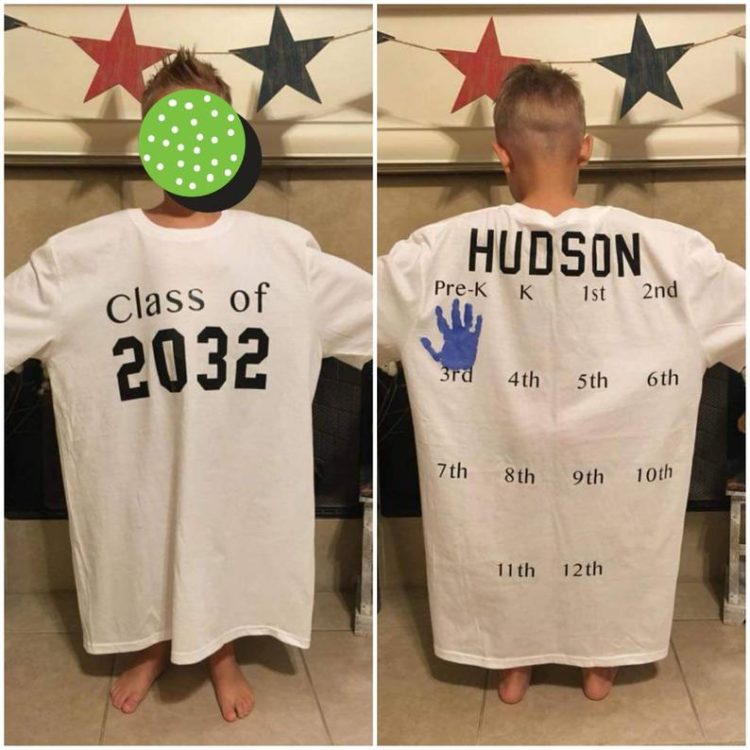 You can also support the mother who thought of this idea first. Cansino has announced that she will be making and selling the shirts. Just direct message her on Twitter for more information.

She didn’t do this to start a business, she wanted to create memories. “I wanted something that my son and I could enjoy not just now, but when he becomes an adult.”

“I know one day we’ll both look back at all the photos and cherish all the great memories,” Cansino went on. “It’s the best part of being a mom.”