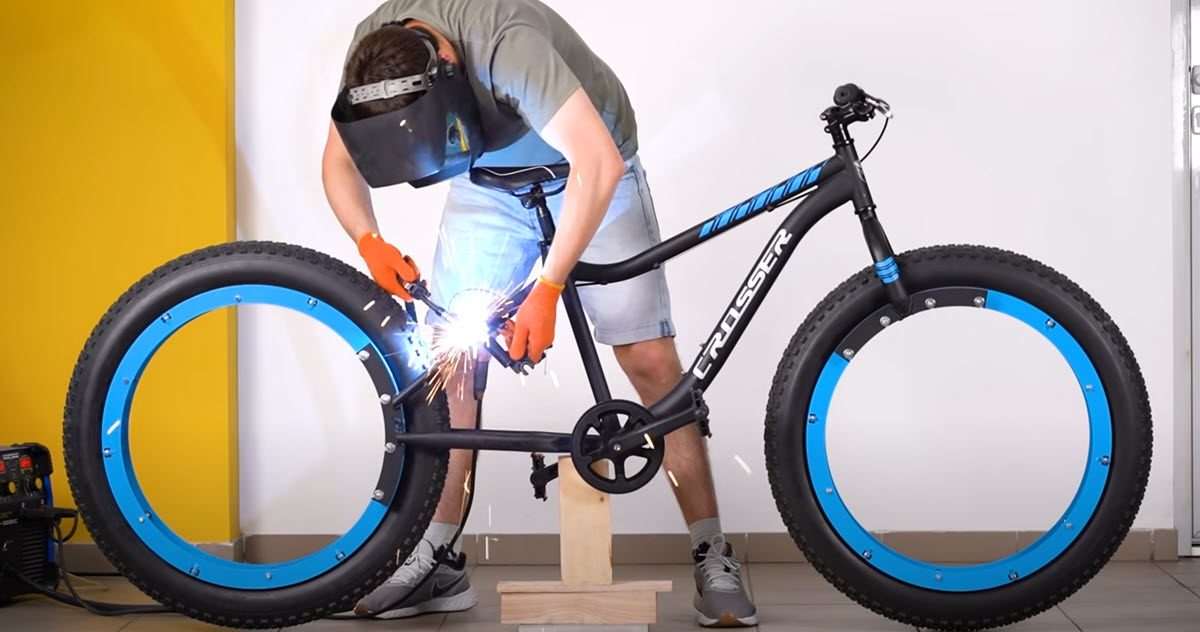 I’m not an engineer, but I know enough about math and science to have mad respect for a dude who has spent a lot of time figuring this stuff out. If you’ve ever had a coll idea but had no idea how to make it happen, allow us to introduce you to a YouTube channel called The Q, which teaches about science and more. On this amazing channel, you will find tons of cool videos that show off a wide variety of projects, many of which include stuff with bikes. However, in the past, the genius dude behind The Q also created a giant LEGO man costume from cardboard and even taught us all how to make a skateboard out of paper.

One of his most recent projects was to transform a regular bicycle into something very interesting and unconventional. In the past, The Q has done other bike experiments, including creating a bicycle that had wheels made of shoes. However, this new project is utterly unique in so many ways. He removed the spokes from a bicycle’s wheels to create a new mechanism that would make a bike hubless. The finished bike looks very sleek and the video has gone viral. Since he uploaded the video to YouTube on June 23rd of this year, the video has more than 11 million views on YouTube. 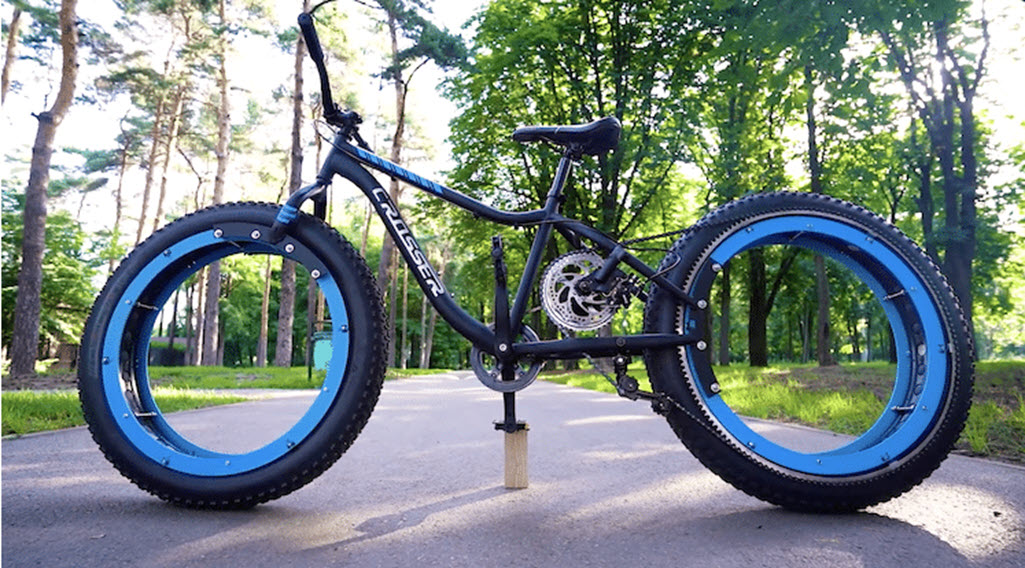 But that’s not all. It also has 346K upvotes, more than 12K comments, and bizarrely, more than 12K downvotes (they’re just haters probably because that makes no sense). What’s crazy is that the video had more than three million views within the first week of being uploaded. If you’re impressed with this outstanding project and would like a hubless bike, you can have one even without being an engineer. A brand called Reevo makes one. On the other hand, if you want to make one, give it a go. 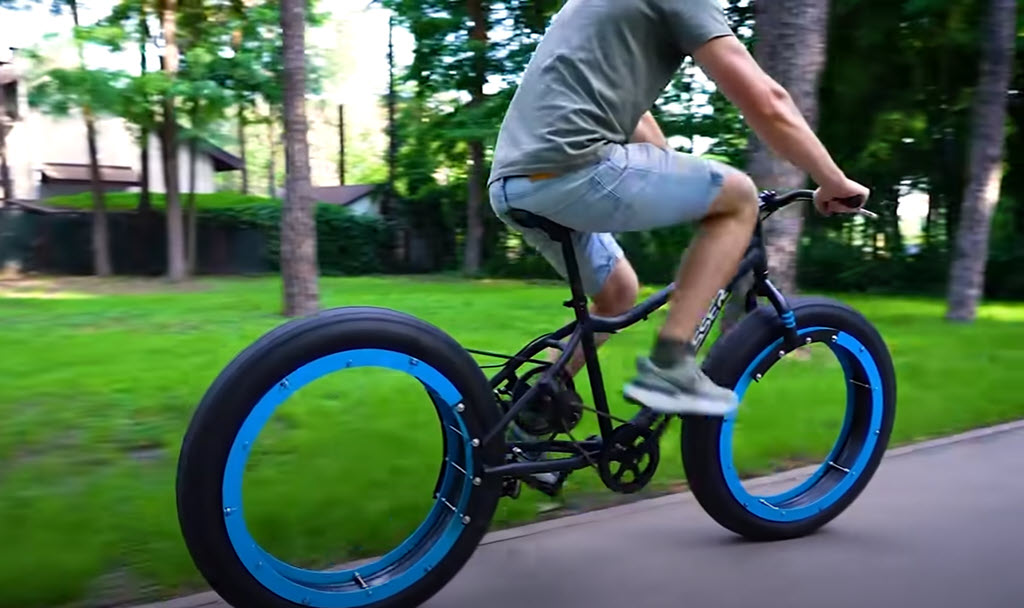 According to The Q, you just need a fatbike, some metal, bearings, and lots of time and patience. Watch the video below.