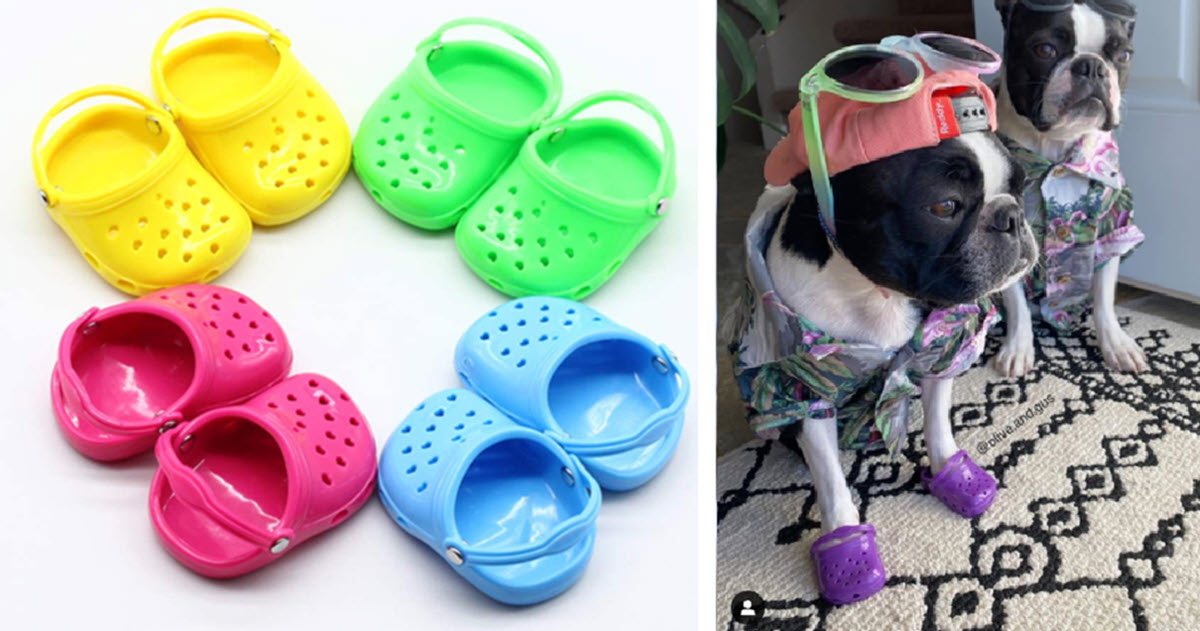 What do you think about people like some of the celebrities (and common folks) who dress up their pets in clothing and shoes? I know that at my house, the dogs would never let us do that, but hey, if your dog is down for it, I say go for it if you want. Plenty of companies sell clothing and shows for both dogs and cats, and it’s impossible to say what the animals think about it, but it’s likely that as long as it’s not uncomfortable to them, they won’t protest much about it. For centuries, it’s been popular to “humanize” our beloved animal companions and that trend doesn’t seem to be changing any time in the near future.

However, we saw something recently that we never thought we would see. Someone on Amazon is selling little Crocs for dogs. Yep, those popular slippers that we all love wearing around (including me). They’re probably not actually genuine Crocs, but they’re “Croc-like” shoes that fit the feet of dolls, apparently. There’s one concern that should be addressed when it comes to dogs wearing things like shoes on their feet. If you are a city-dweller and you have to walk your dog, your dog can step on debris, broken glass, and even hot pavement that can be damaging to their feet. 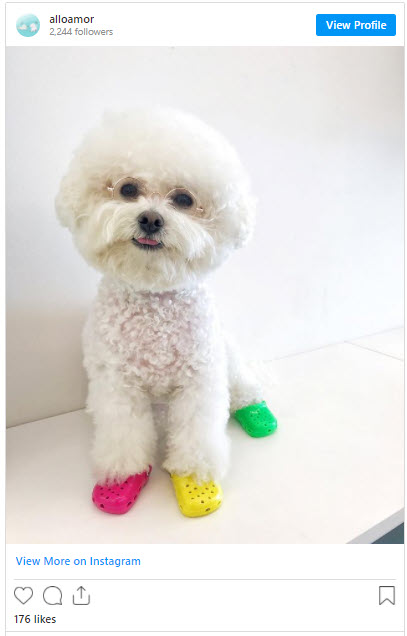 Dog feet aren’t designed to survive on hot pavement and it can hurt their tender feet just as it does ours. So the thing with dogs wearing shoes is more than just humans “humanizing” animals. Crocs have been around for several years. The company is based in Niwot, Colorado, and makes foam clogs that have become popular with people of all ages. In the early years, they came in just a few colors, but soon, there was a Croc in any color you could imagine, including bright neon colors and pattern prints. For example, I have camouflage Crocs myself. 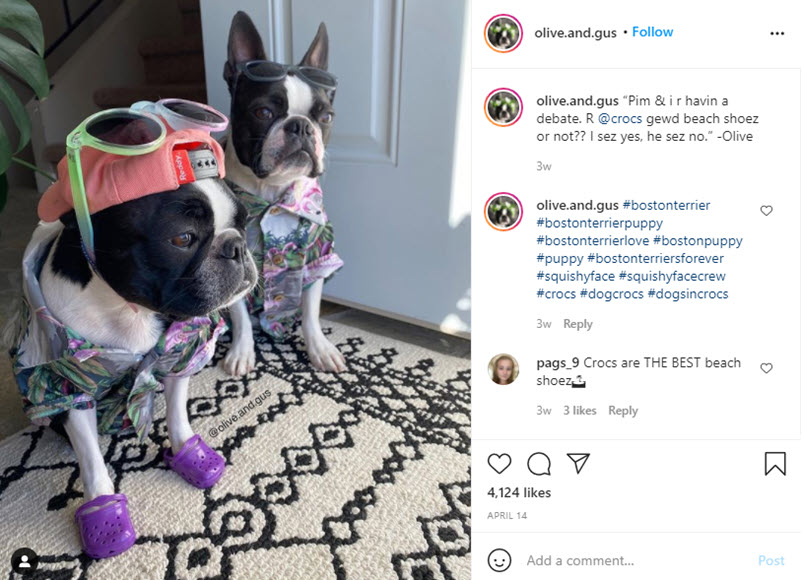 Crocs were originally created as boating shoes and they were unveiled in 2001 at a boat show in Florida. However, wet Crocs can be slippery and dangerous, so there is that. Here is another worthy dog Crocs model.

Me: “I should start saving money”
Also me: *buys my dog crocs* pic.twitter.com/fLPV33o4jT

These Crocs for pooches only come in one size, unfortunately, and it’s quite small. Some of the Amazon reviews even suggest that they’re actually doll shoes. Judge for yourself.