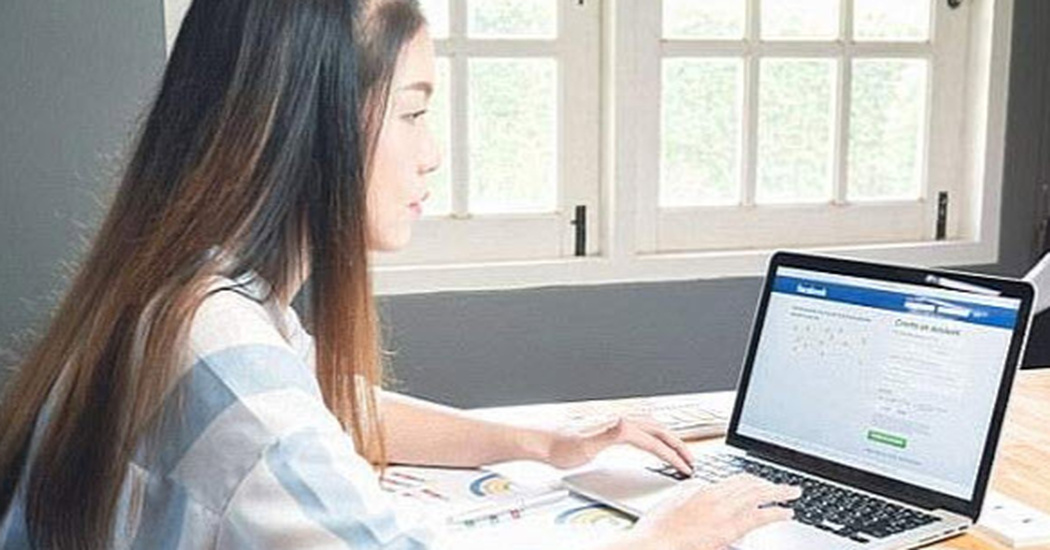 We live in a very frightening world when you really stop to think about everything that is going on around us. In fact, society seems to be standing on the head of a pin and it only takes one small push to fall off of one edge or the other. This is not only true on a global scale as far as governments are concerned, but it is also true of us as individuals. Even Facebook can push a person off of the edge and sometimes, it could be the worst thing that happened to you.

Last week, Facebook experienced a breach that allowed some 50 million users to give up their personal information. It seems as if almost everybody on Facebook knows somebody who has lost security to their account. Although it has only been a few days, we are now learning about another issue that is widespread in many people are falling victim to it.

Hackers managed to get into Facebook and send messages to millions of accounts. Some of those people were tricked into thinking that it was a legitimate message.

Facebook users began getting these messages from friends and it talked about a ‘duplicate account’ that existed on the social platform. This is what the message looks like.

“Hi… I actually got another friend request from you yesterday…which I ignored so you may want to check your account. Hold your finger on the message until the forward button appears…then hit forward and all the people you want to forward too…I had to do the people individually. Good Luck!” 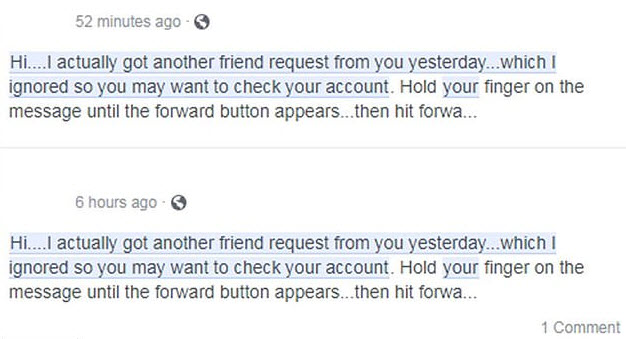 Many people decided they would follow the instructions and forward the messages to their friends. It would allow hackers to use the information to establish a fake account on their service and mislead others into divulging their personal information.

This may seem like an annoying scam but it’s not as bad as the breach last week. If you have received one of these messages, don’t follow through with it but delete it and continue on with your day. If you are concerned that there may be a duplicate account, just do a general search for your name on Facebook.