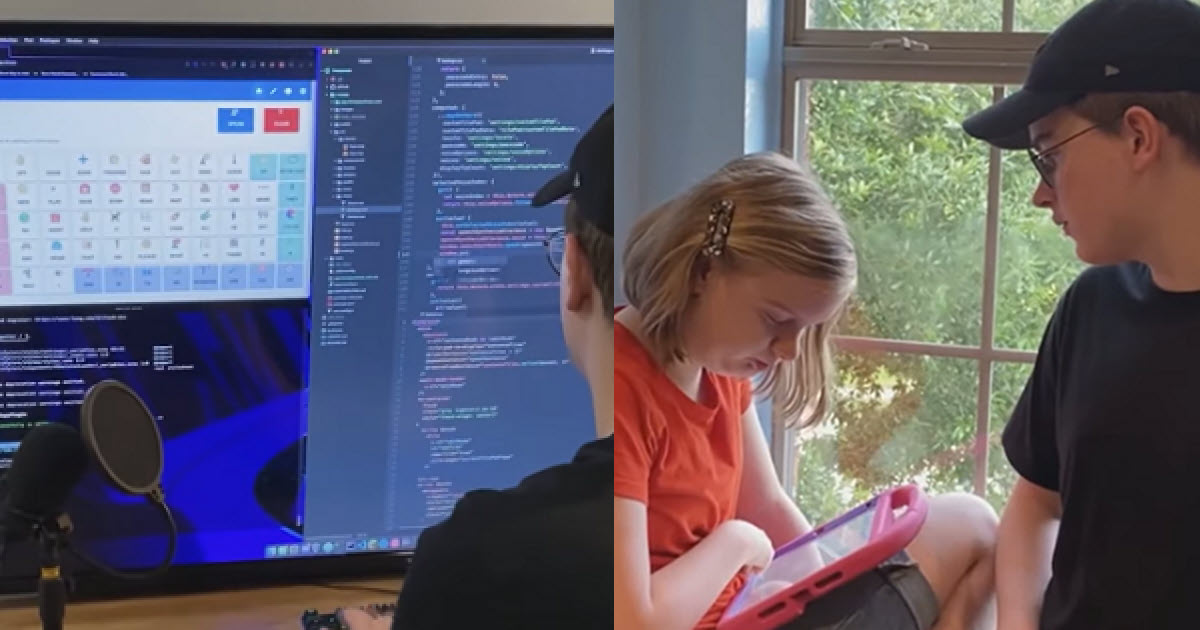 Our ability to communicate is something we take for granted as much as our other effortless blessings, such as the gift of sight, hearing, and walking. But, when you’re a child growing up with a nonverbal sibling, this perspective changes how you think of the world.

In Utah, 16-year-old high school student Archer Calder has a 14-year-old sister named Della, who was born with a rare genetic condition known as “Brainbridge-Ropers Syndrome.” While Della doesn’t possess the ability to speak, she and her big brother share a bond that goes beyond words.

In 2020, Archer was doing research online, trying to find an app that might allow his little sister to communicate with the world, so she could better convey her needs, wants, likes, and dislikes. 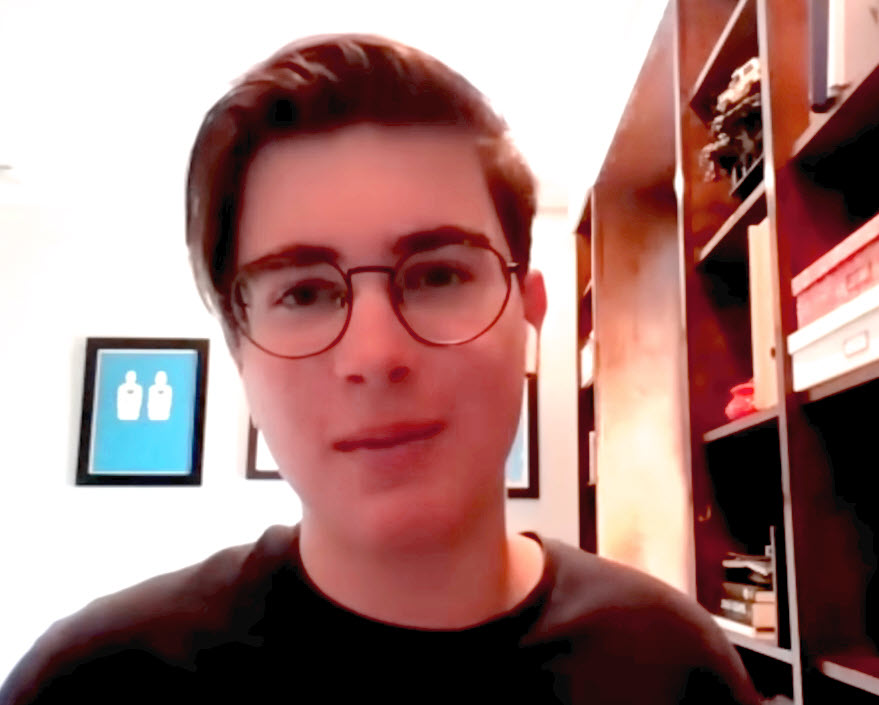 His findings were a disappointment. The only apps available were costly and did not offer the features he was looking for. Since Archer has always had a passion for computer programing, he decided that he would make his own app.

Not did the teen wish to create a new app, but he wanted to ensure that it was the best that could meet his sister’s needs and that it was open-source and accessible for everyone. This is how Archer came up with the idea for Freespeech. 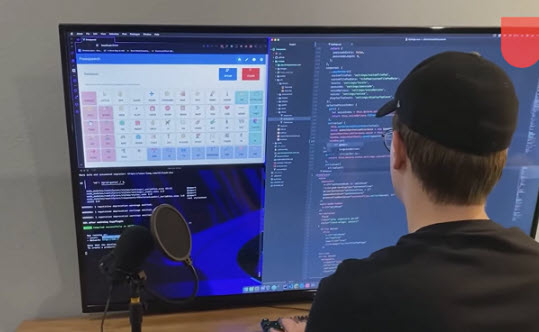 Archer said that he felt compelled to help his little sister communicate because he was always curious about her thoughts and feelings. But he also confessed a more personal reason.

While growing up, Archer had a severe stutter which prevented him from being able to express himself the way other kids his age could. It took four hard years of intense speech therapy for the teen to overcome his stuttering, and he stuck with the feeling he had when he could not express himself. 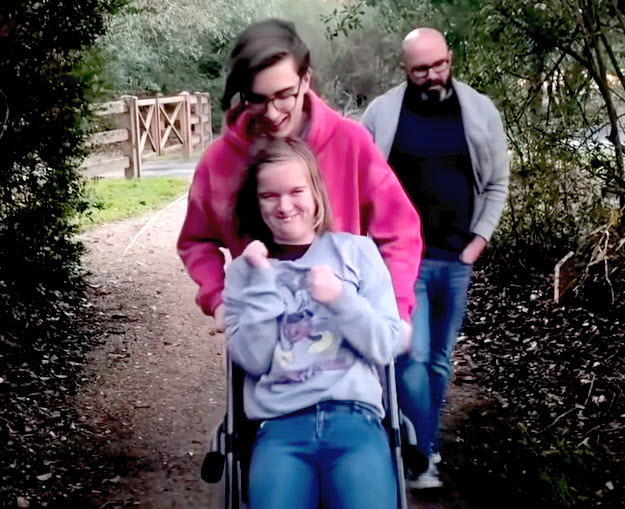 Freespeech works as an Augmentative and Alternative Communication (AAC) program that allows people to communicate with others by visual buttons representing certain words. 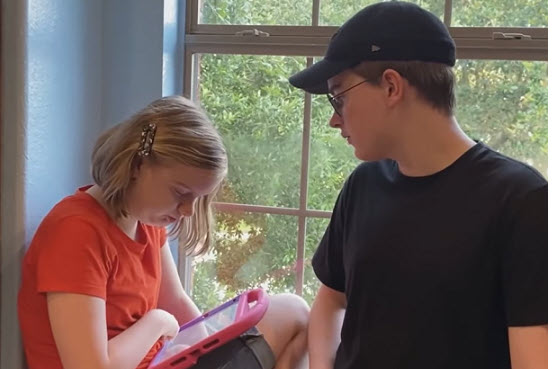 Now, users like Della are able to string sentences together just by pressing a few visual buttons that represent those words. The result is a very user-friendly app that opens up a brand new world of communications for folks who are nonverbal. 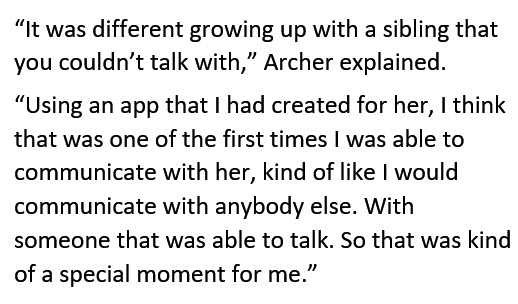 Della serves as Archer’s primary test subject, and he often makes tweaks to the code based on her input. And by making the code open-source (open to the public), the teen encourages other programmers to develop their own versions and improve it in ways he hasn’t thought of. 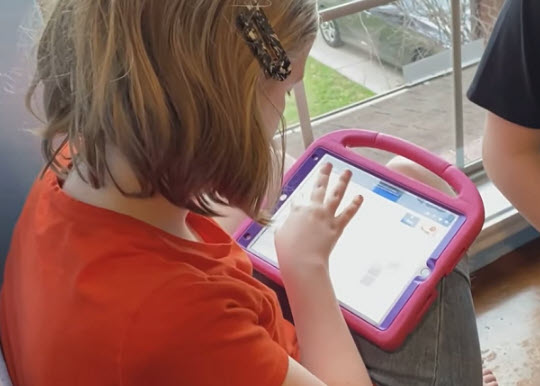 Archer is also committed to ensuring Freespeech stays free, with no strings attached. He first debuted the app on TikTok, and the response was so overwhelmingly positive that he ended up sharing it on GitHub, where experienced programs helped the teen beef it up a bit. 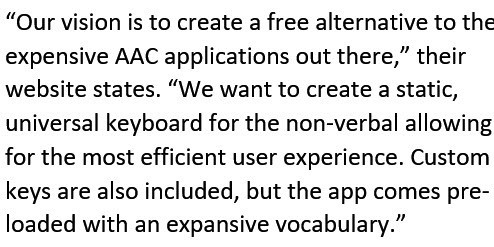 Archer says that for now, his app is only helping one person, his little sister, but he believes all the time and hard work he put into it was all worth it. Somehow we think that Archer’s app will end up helping far more people! 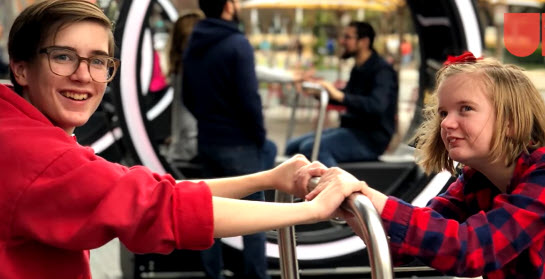 You can also watch a news report about this inspirational story below.

Please be sure to pass along Archer and Della’s story to your friends and family.