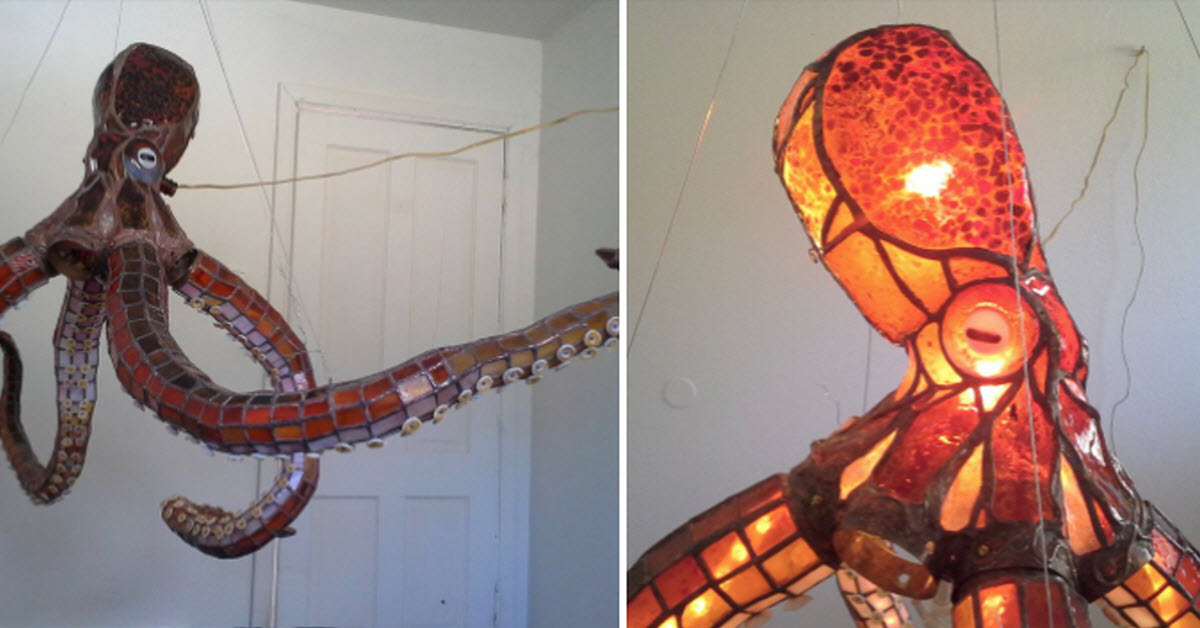 When we look at the world around us, we often see some beautiful items. Some of those are natural and they may even come up year after year. For example, the beauty of flowers in the springtime or the changing of the color of the leaves in the autumn. At times, there may also be something that mankind creates and it can be beautiful as well. An example of this is seen in Portland Oregon when Mason Parker of Mason’s Creations created some stained glass octopi chandeliers.

As far as chandeliers are concerned, this one is absolutely magnificent. It isn’t only the fact that it was created out of beautiful stained glass, it’s the fact that it was formed into the shape of an octopus and as it hangs from the ceiling, each of the arms can be let separately. It’s like a show and at the same time, it’s something that we may never have even thought about creating before. Mason talks about this when he says that he thought he would do one in gray and white tones but after not being happy with the results, he took things to the next level.

As you look at the pictures that he completed below, you can see that his vision was absolutely wonderful. The stained-glass octopus chandeliers are now created and they are taking Facebook by storm.

Look at the pictures that he has below and you will see that the beauty of the chandeliers is beyond belief. Admittedly, it may not be something that we want hanging in our own home but it certainly has well worth looking at.