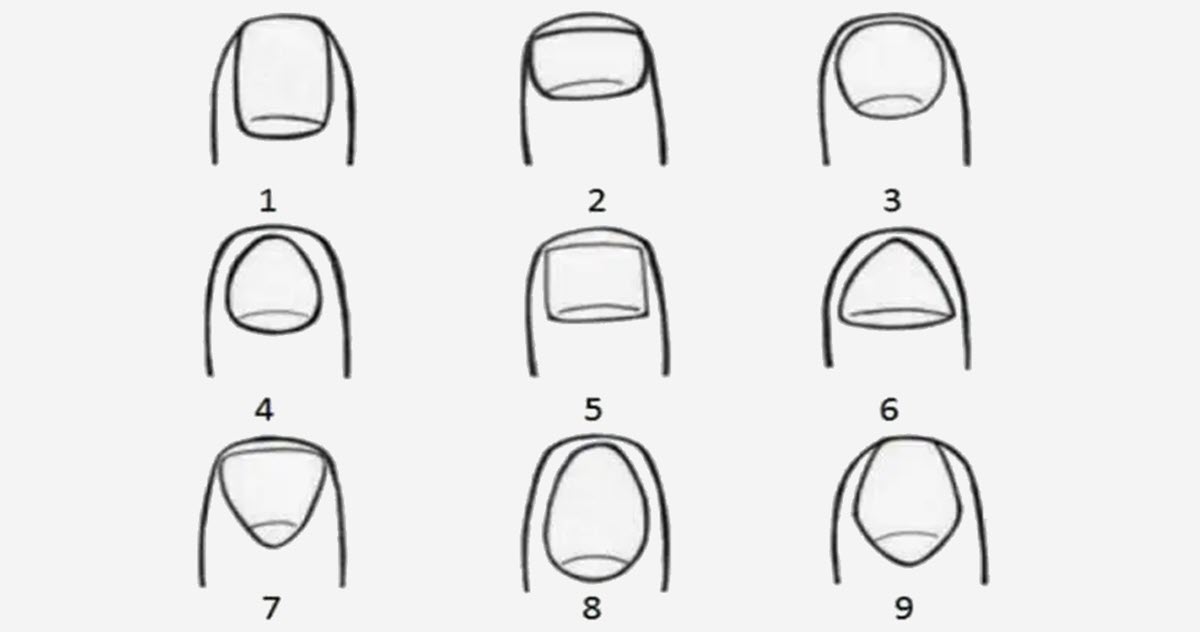 I don’t pay much attention to my nails. I mostly just keep them trimmed and clean. My wife likes to try to grow her nails and polish them, but that’s not something everyone does. In fact, she used to drag me to the nail salon for manicures and pedicures. I mostly just felt sorry for whoever had to deal with my ugly feet and toenails. I think most people just don’t put a lot of thought into their fingernails. However, I could be wrong. As it turns out, the shape of your fingernails may reveal something about your personality.

For example, if you bite your nails, that certainly reveals a lot. However, there’s more to it than that. Let’s dive in. Take a look at this chart first, and identify which number represents your nails. 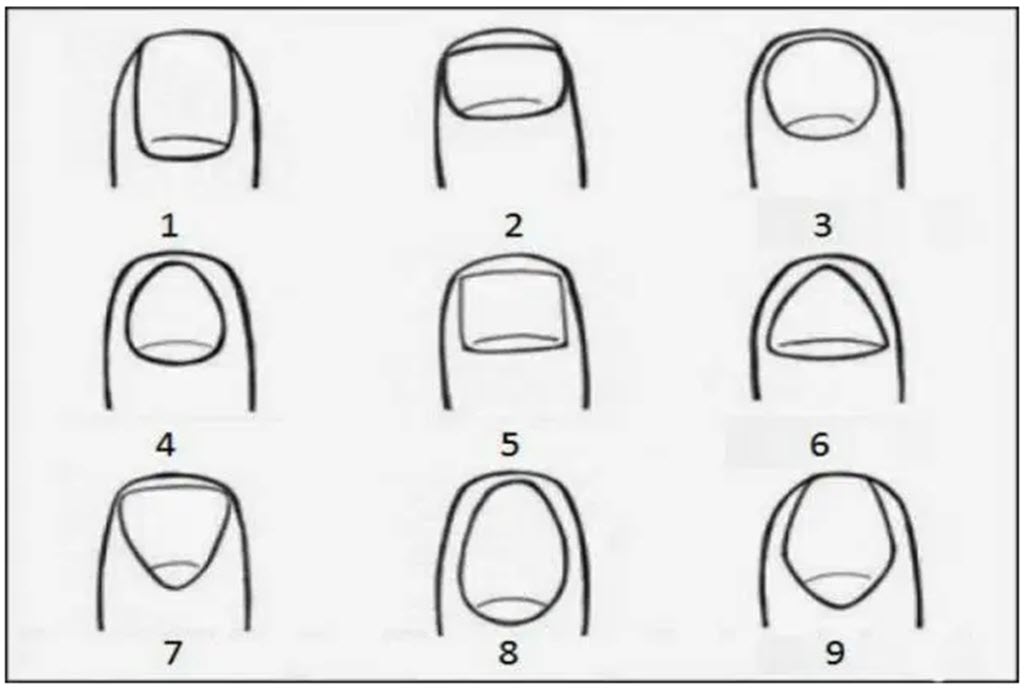 If you have vertically long nails, you are a creative person with a vivid imagination. You are probably frequently dreaming of new ideas and projects and finding different ways to express yourself. You are a person who loves other people, and you’re a bit of an innocent. You may trust too easily.

If you have short, wide nails, you’re probably a brainy person. In fact, you have no trouble talking about theories and concepts that are elusive to most people. One problem with that is that you may tend to get annoyed or irritated with people who aren’t at your level. You’re honest to a fault, even if the truth is painful.

3 and 4: Round egg-shaped nails

If your nails are round and egg-shaped, you live by the mantra “It’s all good.” Everything you do is at your own pace and how you want to do it. Typically, you’re not a person to follow the crowd. Moreover, you’re bright and make thoughtful decisions. You’re even a true people person. What’s not to like? You may sometimes be too popular and give too much of yourself.

You’re a born leader, and it comes naturally to you. Besides, failure isn’t an option you will even entertain. You have perseverance and the guts to make your dreams come true. However, you may be inflexible and hardheaded, or so you may have been told by the people who care about you.

6 and 7: Inverted or triangular nails

People with nails like this give a lot of attention to detail. You probably have a natural gift for getting things right, and you make people happy because of this. However, keep in mind that you can’t give too much of yourself, and there’s no need to be pushy to get your ideas across. It’s OK to not be perfect.

This type of nail indicates that you’re everyone’s best friend. You have all the traits people enjoy having in a friend and you bring a lot to the table. However, you can be stubborn and stuck on ideals at times because you have a strong sense of fairness and justice. That’s not a bad thing. Just stick to your guns and fight for what you know is right.

When you have a goal, you’re going to stop at nothing until you achieve your goal. You work hard and you’re ambitious. Moreover, you inspire other people to be the best they can be as well. You’re not exactly a team player, but you’re a great leader.