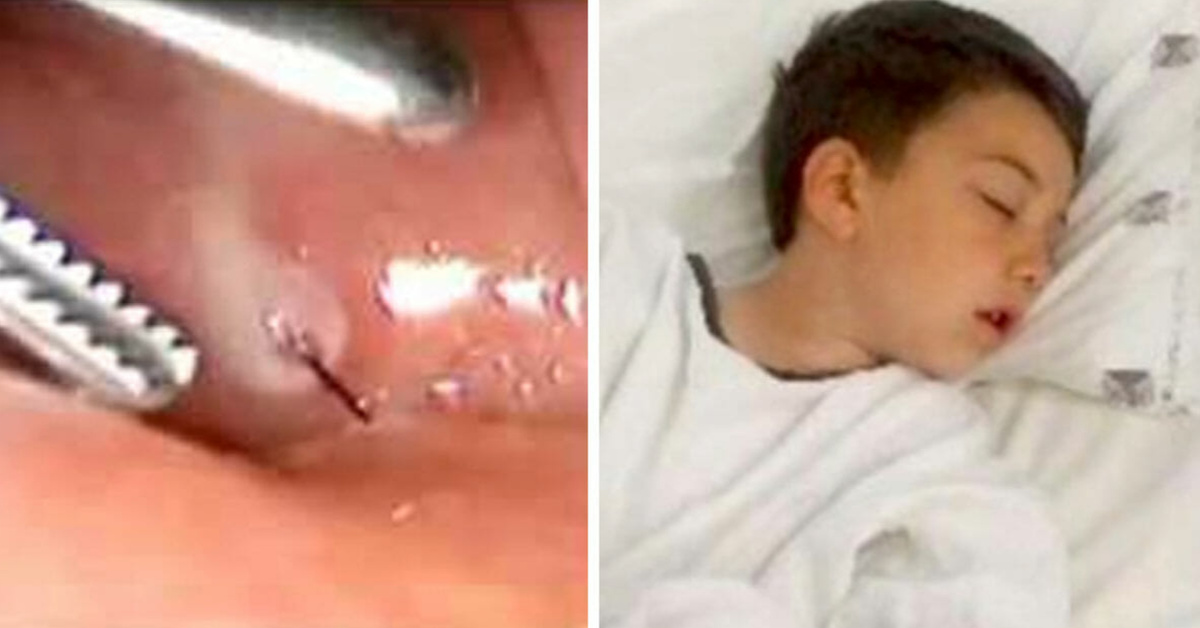 The summer brings a lot of enjoyable activities along with it. Not only do we get to enjoy cooling off at our favorite ‘watering hole’ we spend time with friends and family, cooking and eating in the great outdoors. Most of us look forward to summer for that very reason. After all, there is something about cooking food over fire that adds something special to it. Unfortunately, there are also times when it may add something unwanted.

When we enjoy cooking on our barbeque grill, we want to make sure we get the most out of the experience. That is why it is so important to take care of the grill and keep it clean. It greatly reduces the possibility of getting sick from some kind of bacteria but it may make us sick for other reasons. One family learned that keeping the grill clean caused an almost deadly problem.

It happened when the Fiore family were cooking burgers on the grill.

Anthony, their 6-year-old son was ready to eat and he took a big bite. The moment he swallowed, however, he knew something was wrong.

It was a sharp sensation that he described as being a needle in his throat. The pain continued to grow and before long, he started to panic and cry.

Anthony’s parents grabbed their son and rushed him to the emergency room. By the time they got there, he was bleeding from his mouth.

When doctors looked in his mouth, they saw something shocking.

There was a wire bristle stuck in his throat and he was bleeding. That is when they realized what had happened.

They had used a barbecue cleaning brush before starting dinner and the bristles were little pieces of wire. One of them must have dislodged and got into his burger.

The issue was serious and they ended up sending Anthony to another hospital.

12 hours later, the needle was removed from his throat by a surgeon. There were further complications.

The chance of infection was great and, although Anthony recovered, this issue is not always easy to bounce back from.

Believe it or not, it was fortunate that the bristle was stuck in his throat. Sometimes, they may end up in the stomach or intestine, making it more difficult to remove.

The problem of barbecue bristles getting swallowed is surprisingly common.

As they say, the best defense is a good offense. If you want to avoid the issue, just don’t use the brush.

You can also check the wire brush you have already used to see if bristles have fallen off. It may also happen with plastic or wooden bristles. If you feel that you have swallowed one, go right to the ER.

If you want to clean your grill without these dangers, heat the grill and use a crumpled up piece of aluminum foil to clean it. A nylon sponge will also work.