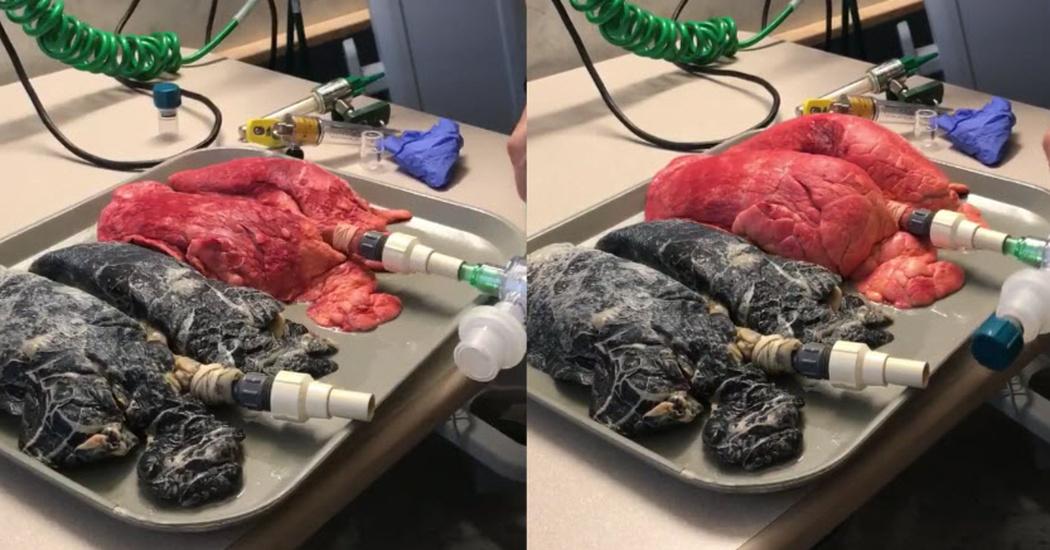 If I were to tell you that smoking was bad for you, would you say that you never heard that before? Let’s face it, everybody knows that smoking is bad for you and even the tobacco companies have been forced to admit it. They have to paste it on the side of the cigarette packages but even if you know that it is bad for you, it’s still very hard to quit. Nicotine is thought to be more addictive than heroin, but quitting smoking can mean the difference between life and death. People didn’t know that cigarettes were harmful to their health when they entered the market. Smoking was in style but once the word got out, it lost favor. Smoking can shave years off of your life and lead to a variety of health problems, especially where the lungs are concerned. That is why one nurse wanted to show just how badly smoking damages the lungs.

Her name is Amanda Eller, and this video from North Carolina shows exactly what happens to your lungs when you smoke cigarettes. 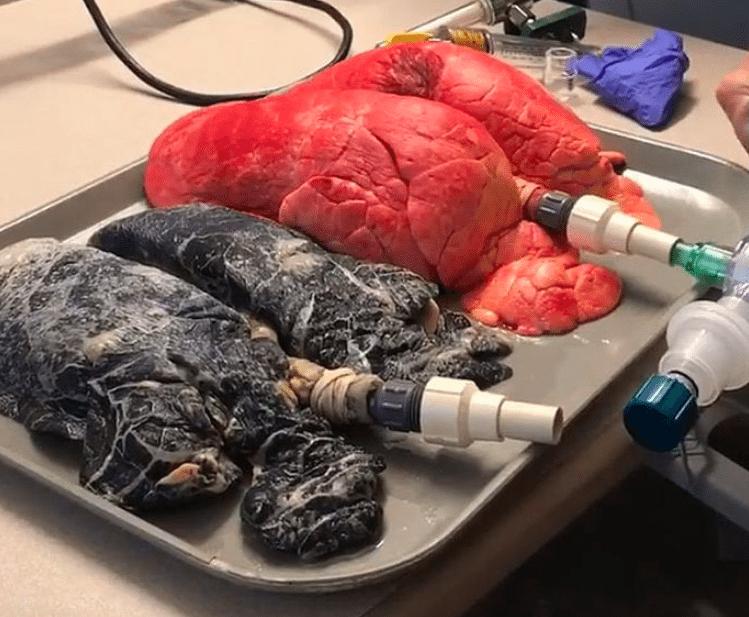 Two lungs were set side-by-side on the table; including one healthy and one black lung. The black lungs were from somebody who had a pack a day habit for 20 years. They were pitch black and deformed.

Each of these lungs was then inflated and the entire scene was caught on video. You will have difficulty believing the difference. One healthy set of lungs was inflated, it reacted as expected. They filled with air, held their shape and then went back to normal.

The black lungs of the smoker, however, were different. They were unable to hold their shape and fell back to a deflated form immediately. There was no elasticity left in them.

Because of the collapse, the lungs were unable to hold in the air. Oxygen was unable to get to the entire body and that is why smokers can take a deep breath but still feel oxygen deprived.

“Because these lungs are COPD, cancerous lungs, the elastance is gone, so they will stretch out but then the recoil of them just snaps right back,” Amanda explained.

These videos really touched the heart of viewers. People who currently smoke and those who previously smoked stepped up to share their sentiments.

Individuals who already quit smoking are encouraging others to stick to a decision once they saw the videos.

One user said: “I’m proud to say it’s been 3 months since I gave up my 11 year smoking streak and boy I’ve never felt so good in my life.” 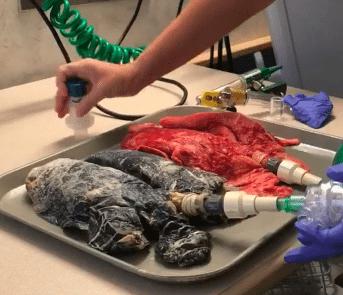 “Will always regret wrecking my lungs due to smoking,” Rod Underwood admitted. “I gave up 3 years ago on receiving a COPD diagnosis. If you smoke, try and stop please!”

“I stopped 7 weeks ago, due to having bacterial pneumonia and a strain on my heart, best thing [I’ve] ever done,” Joanne Mcdermott wrote.

Those who still smoke are equally as passionate about their decision. “We all gonna die someday anyway,” said Lisbeth Mathiesen. “Enjoy it while you can you live only once! God I’m sick of hearing about ‘smoking kills’ going outside your door can kill you too!” 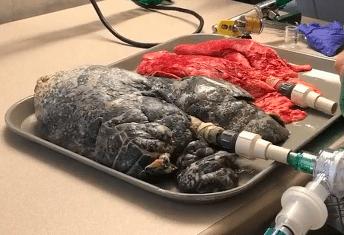 “I love smoking and this video ain’t gonna stop what I enjoy,” declared Michael Brockwell.

“I love my cigarettes though I know this,” admitted Theresa Quirin. “I can’t stop. Seems the only thing that keeps me sane right now.”

In the end, it is really up to the individual to decide if they should quit or not. It’s a decision that all smokers need to face at some point or another.